Kogi State Governor, Yahaya Bello, has denied report that his administration imposed tax on every loaf of bread baked in the state. 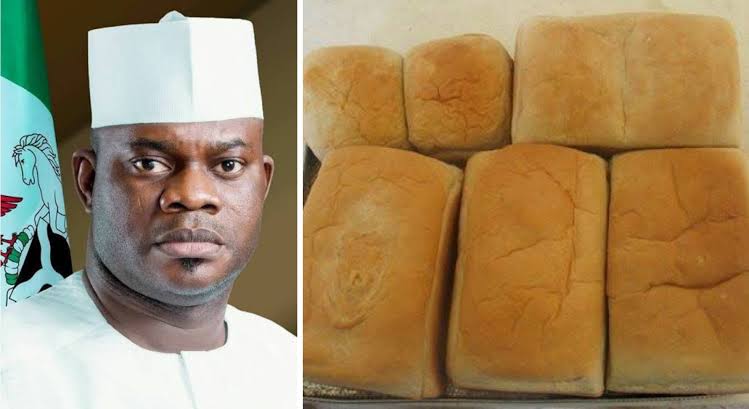 KanyiDaily had reported how the state ministry of commerce wrote to the Kogi chapter of the Association of Master bakers and Caterers of Nigeria (AMBCN) about a new levy “on each loaf of bread” in order to improve ternally generated revenue.

But a statement on Saturday from Edward Onoja, the state deputy governor, said Yahaya Bello never approved such wickedness, describing the tax as “devilish” and “embarrassing.”

Noting that he was directed by Governor Bello to personally fault the claim in order to show that the government really had no hand in it, the deputy governor said:

“I am directed by His Excellency to give the lie to news of an alleged tax imposed on each loaf of bread to be sold in Kogi State.

“There is no iota of truth in the claims that we have approved such wickedness because we have not and cannot.

“We have just seen a purported consultancy agreement between one of our ministries and a private firm to impose an ill-conceived levy on bread in the state.

“For the records, neither the Governor nor the state executive council has imagined or proposed such a devilish tax regime, how much less imposing same on any food or essential commodity, not to mention bread which is a table staple and the basic lifeline of many a household.”

Meanwhile, a court has ordered Governor Yahaya Bello to pay the sum of N180 million to his former deputy, Simon Achuba, who was impeached in October 2019.