Joe Biden has been sworn in as the 46th president of the United States, pledging to unite the country and calling on Americans to end the “uncivil war” that has fractured the nation.

The chief justice of the United States, John Roberts, administered the oath of office to Biden just before the clock struck 12 noon on Wednesday, January 20, 2021.

Biden, only the second Catholic to be elected president, besides John F. Kennedy, took the oath with his hand on top of his 127-year-old, 5-inch-thick family Bible, which will be held by his wife, Jill Biden.

Kamala Harris was also sworn in as the first woman, the first Black American and the first South Asian American vice president by Justice Sonia Sotomayor, the first Latina member of the Supreme Court.

In his 21-minute inaugural address, Biden called for unity and offer an optimistic message that Americans can get through dark moments by working together, declaring that “without unity, there is no peace.”

“I know speaking of unity can sound to some like a foolish fantasy these days, I know the forces that divide are deep and they are real,” he said. “Our history has been a constant struggle between the American ideal that we’re all created equal and the harsh ugly reality of racism, nativism, fear, demonization.”

“This is our historic moment of crisis and challenge — and unity is the path forward. The answer is not to turn inward, to retreat into competing factions, distrusting those who don’t look like you or worship the way you do, or don’t get their news from the same sources you do,” the president added a moment later.

“We must end this uncivil war that pits red against blue, rural versus urban, conservative versus liberal. We can do this if we open our souls instead of hardening our hearts — if we show a little tolerance and humility, and if we’re willing to stand in the other person’s shoes,” he continued.

He also repudiated the mob that had attacked the Capitol on January 6th and promised he would be president for all Americans, including those who didn’t vote for him.

“With unity we can do great things, important things. We can right wrongs. We can put people to work in good jobs, we can teach our children in safe schools, we can overcome the deadly virus,” he said. “We can deliver racial justice and we can make America once again a leading force for good in the world.”

While Biden did not once mention Donald Trump by name, his 21-minute speech served as a powerful rebuttal of his predecessor.

Biden’s refutation of Trump was especially apparent when he, in the opening words of his speech, reflected on the fragility of democracy, and indirectly referred to how Trump’s efforts to subvert the results of the 2020 election nearly shattered the country.

“Today we celebrate the triumph not of a candidate, but of a cause, the cause of democracy,” he said.”We’ve learned again that democracy is precious. Democracy is fragile, and, at this hour, my friends, democracy has prevailed.”

He also called on the nation to “reject the culture in which facts themselves are manipulated and even manufactured” — an implicit criticism of a predecessor who frequently lied and relied on misinformation to advance his own political and personal agendas.

And he explicitly vowed to “confront” and “defeat” the “political extremism, white supremacy, domestic terrorism” that were given oxygen to grow during the Trump years.

KanyiDaily had earlier reported that Donald Trump and his wife, Melania Trump, left the White House on Wednesday morning, shortly before Biden’s inauguration, marking the first time in more than 150 years that a sitting US president has rejected the tradition of attending his successor’s inauguration. 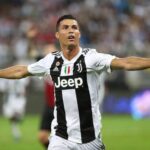