A Nigerian man identified as OG Stephen has taken to social media to share how he caught his wife having sex with her brother on their matrimonial bed. 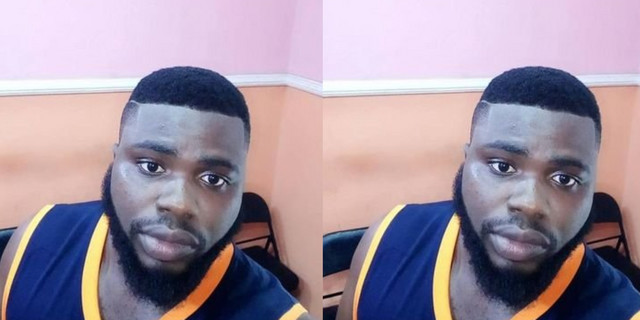 In series of tweets on Friday, Stephen narrated how he walked into his bedroom only to find his wife to whom he has been married for the past four years having sex with her blood brother.

The man said he never imagined that his wife, who is a minister in the house of God, would be committing incest in her matrimonial home.

Stephen said his life is now under threat as his wife and her family are not happy that he has gone public with the issue, and they want him to take down the social media post.

The heartbroken man went to the extent of revealing his wife’s Twitter handle, saying he is prepared for the consequences since she had the guts to threaten him.

READ:  X-rays Shows Bottle Stuck In Man's Butt... And The Hooked Wire He Tried To Pull It Out With That Got Trapped As Well

“My wife and her brother are having sex with each other, the day I found out my heart was bleeding, I never imagined a married woman committing incest in her matrimonial home. What baffles me is that my wife is a minister in the house of God.

“I have still not recovered from the shock of what I saw in my home. Things are happening in this world, My family wants me to forgive her, but if I’m to forgive her I want it to come from my heart. For now, I can’t look her in the eyes

“My wife and her family are threatening my life, there are demanding I take this post down but I won’t, this is my wife handle @vivianrora we have been married for 4years now. She even has the guts to threaten me.

“My life’s at risk , I just bought my plane ticket to leave Nigeria because my wife family are powerful people. They just sent assassins to kill me . Thank God I escaped it,” @OG_Stephenn wrote on Twitter.

His post has sparked a lot of reactions with most people expressing shock that a married woman could do what he is accusing his wife of having done. 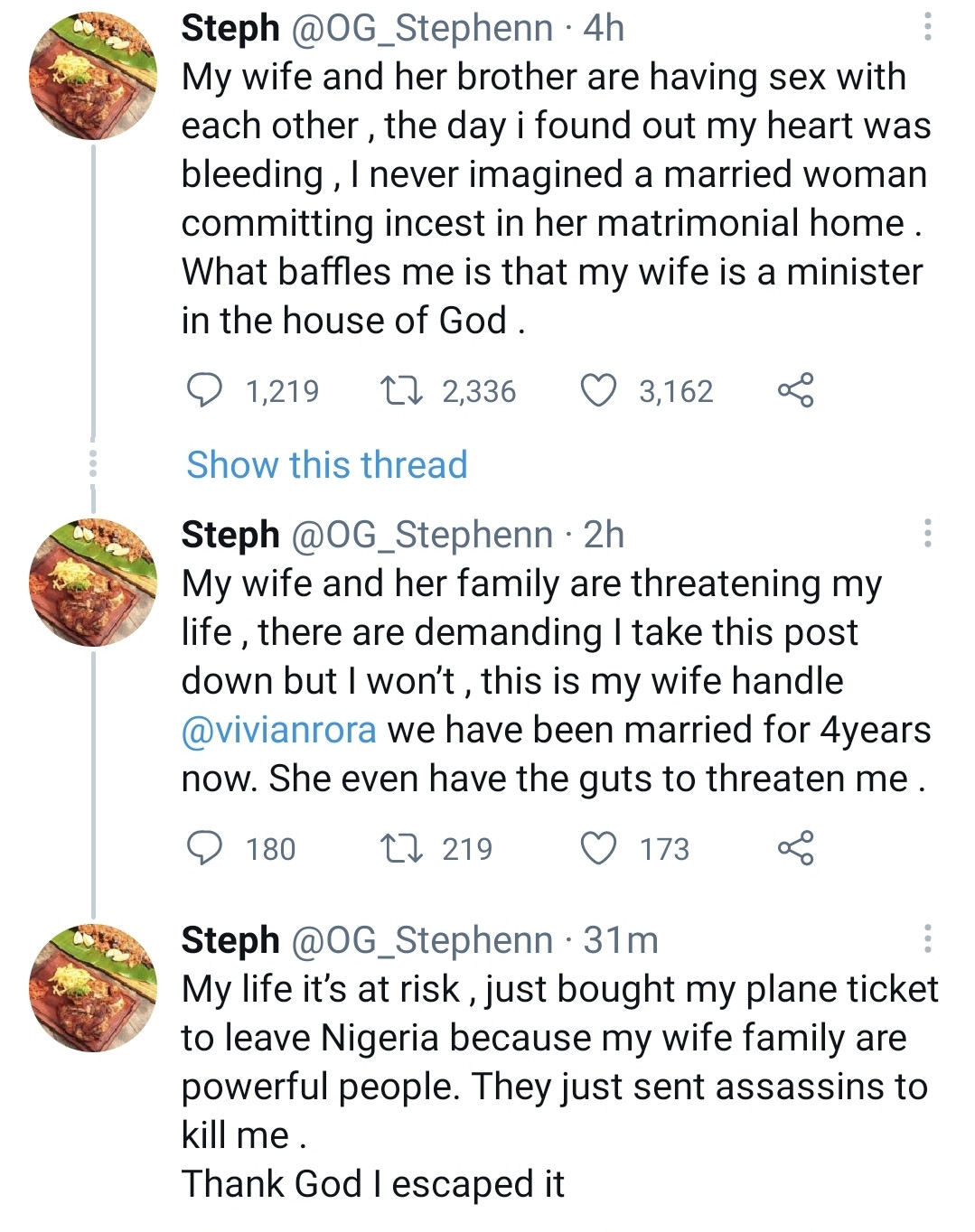 KanyiDaily had also published a video showing the moment a Nigerian man caught his best friend recording his wife’s nakedness while she was in the bathroom. 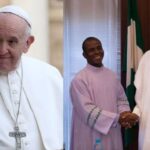 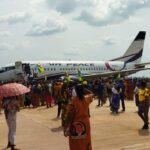