The Governor of the Central Bank of Nigeria (CBN), Godwin Emefiele has revealed that the country is expecting 12 fighter jets from the United States to help address the rising security challenges in Nigeria. 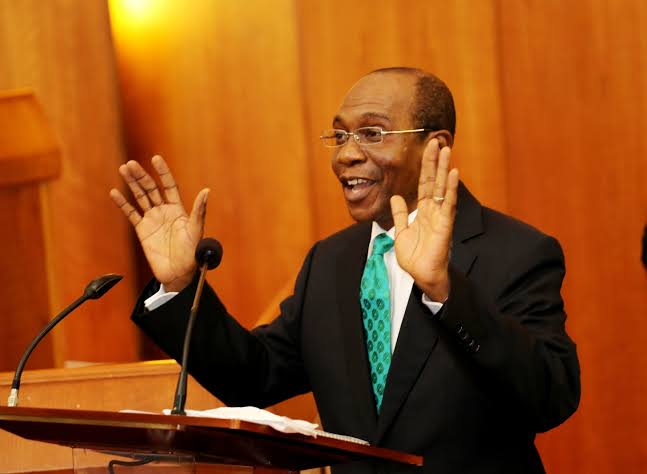 Emefiele disclosed this while answering questions at the end of a two-day monetary policy committee meeting in Abuja on Tuesday.

According to him, six fighter jets will arrive Nigeria in the month of July and August, following an agreement made with the US government three years ago.

The CBN Governor, who lamented over the negative effects of insecurity on the economy, expressed optimism that before the end of the year, the security challenges confronting the country will substantially reduce.

“Efforts are now targeted at South Eastern and North Eastern parts of the country. About three years ago, the Federal Government and the United States signed a pact that resulted in a government-to-government acquisition of military equipment.

“Out of which, we are expecting 12 fighter planes that would help us solve our insecurity. I am aware that six of them are coming to the country in the month of July and August.”

Emefiele also advised bandits to drop their arms and be a part of the apex bank’s Anchor Borrowers’ Programme, which is in its fifth year, designed by the CBN to boost food production.

“I, therefore, would like to appeal to our brothers, who decide that they want to live in bushes and forests that they should please, begin to retreat, drop their arms and come and embrace the anchor borrowers’ programme.

“If they do so, it will help them; if they choose not to do so, they will be confronted by the security as this battle continues.

“I am optimistic before the end of the year, around the year of the end, the security challenges confronting the country will substantially abate,” he added.

KanyiDaily recalls that Godwin Emefiele had claimed that crimes would reduce drastically if Nigerian borders are closed for two years.

Banking Frauds: It’s Not Compulsory For Nigerians To Have Bank Accounts – EFCC