The presidential candidate of the ruling All Progressives Congress (APC), Bola Tinubu has reacted to the controversies trailing his candidacy, insisting that his birth, academic, and work records are consistent. 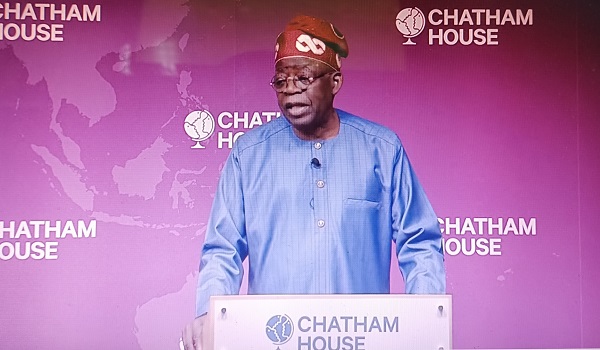 The former Lagos state governor spoke on the topic titled “Nigeria’s 2023 Elections: Security & Economic Development and Its Foreign Policy Imperatives” on Monday at Chatham House in London, the United Kingdom.

Tinubu told his critics that they were only wasting their time and money, stressing that they can request a DNA test to validate that he is indeed a scion of the Tinubu family.

Asked to clear the air on some of the issues surrounding his formative years, Tinubu said the question is “inquisitive but at the time of birth, I was dated March 29, 1952”.

READ:  Selena Gomez And Justin Bieber's Started Having Relationship Issues When She Got Pregnant And Miscarried

“I’ve had a very good exposure in life, my record is consistent in the school, in the university, they (critics) are now convinced that they wasted their money and their time. The record is there, the transcript is there showing March 1952,” he said.

“I’m not claiming another father, I am Tinubu and Tinubu proper. If they want a DNA, they could as well request from us. One of them has even been accused of not being a Nigerian citizen, I didn’t touch that area.

“Equally, it remains the same, Deloitte, Chicago State University where I graduated from has attested to that. Now, I can announce that I have received my original replacement degree certificate from them,” he explained.

Tinubu added that none of his contenders can match his professional records which he described as “outstanding”.

“Deloitte trained me as an accountant. Mobil Oil has attested to my record, outstanding record, I got to the pinnacle of my career in the private sector. Who among them can brag about that?” he asked.

The former Lagos governor was at the world-leading policy institute and think-tank alongside the Speaker of the House of Representatives, Femi Gbajabiamila; Kaduna State Governor, Nasir El-Rufai, and his Jigawa State counterparty, Abubakar Badaru; former Ekiti State Governor, Kayode Fayemi; among others. 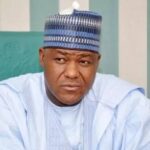 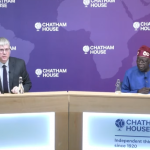