Nigerian Award winning writer and feminist activist, Ngozi Chimamanda Adichie, who got married by 2009 has reflected critically on the “western wedding traditions” and ‘ Convention’. 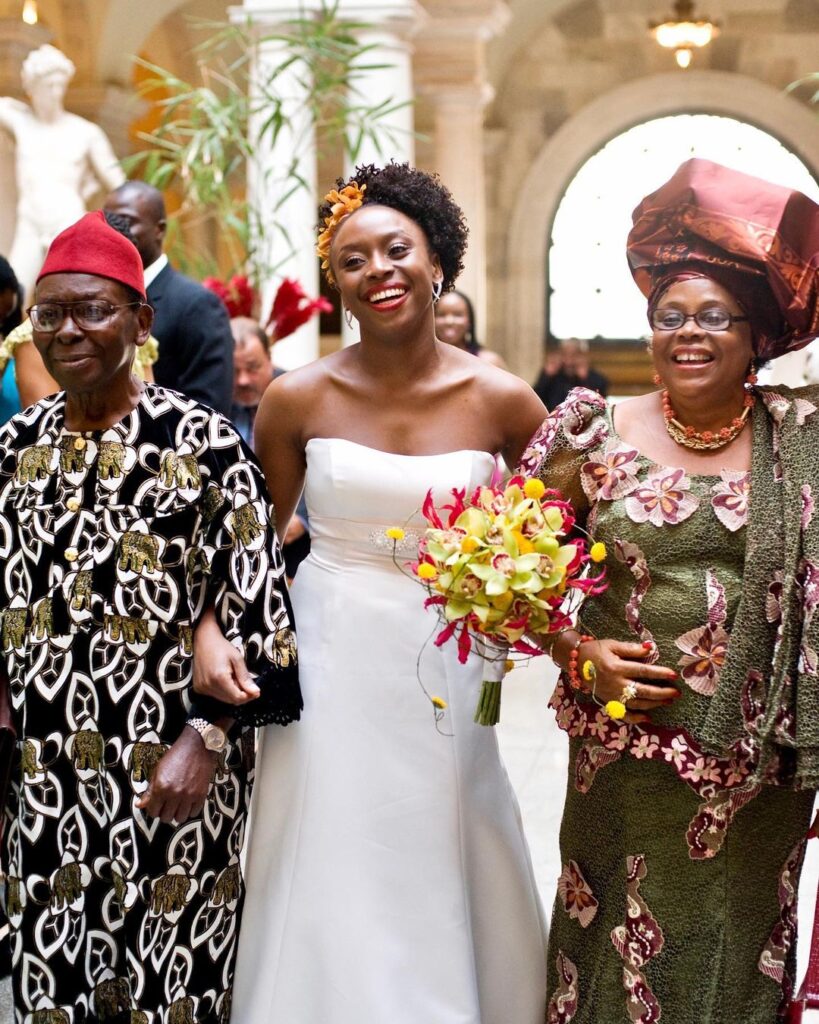 Sharing her wedding pictures on Instagram with the author’s mom and dad by her side, she is of the opinion that women are not given equal right as men during Western weddings as only the bride’s father is allowed to walk the bride down the aisle, dance with the bride first and make a speech during the wedding. 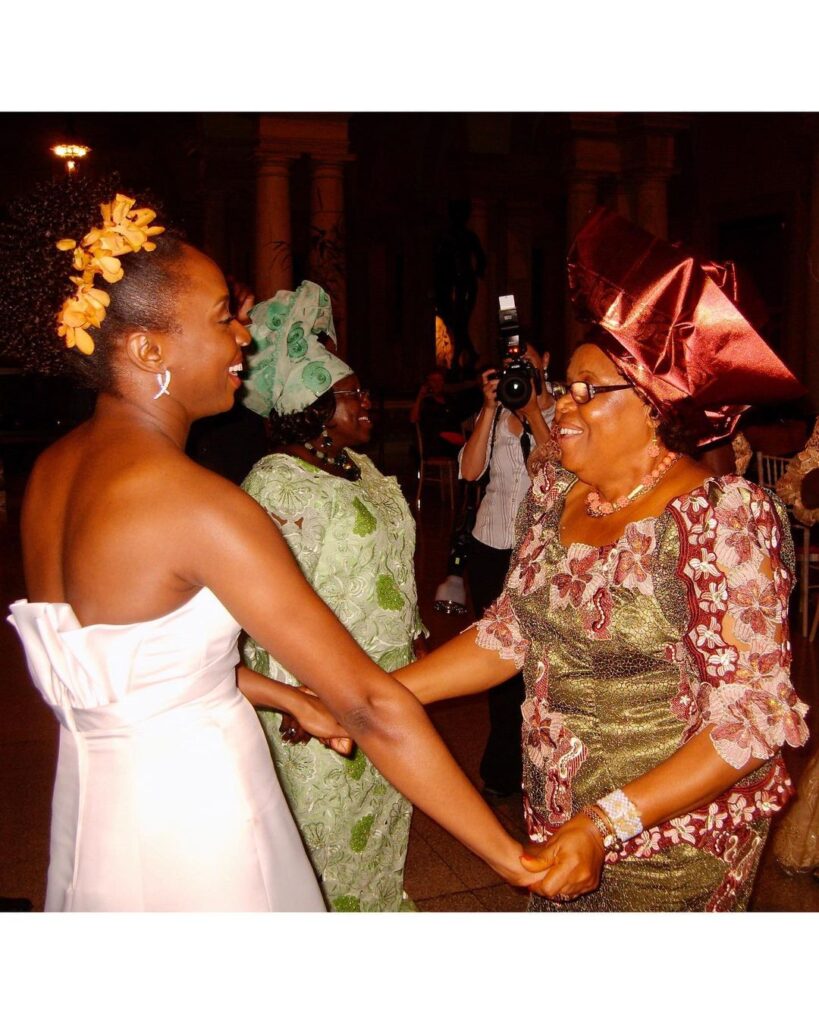 Chimamanda Adichie feels like If convention feels wrong for you, if your skin bristles and your spirit doesn’t go with the thought of doing something “the way it is done,” then one should stop and act.⁣ Convention is something made up by somebody and then followed by others. 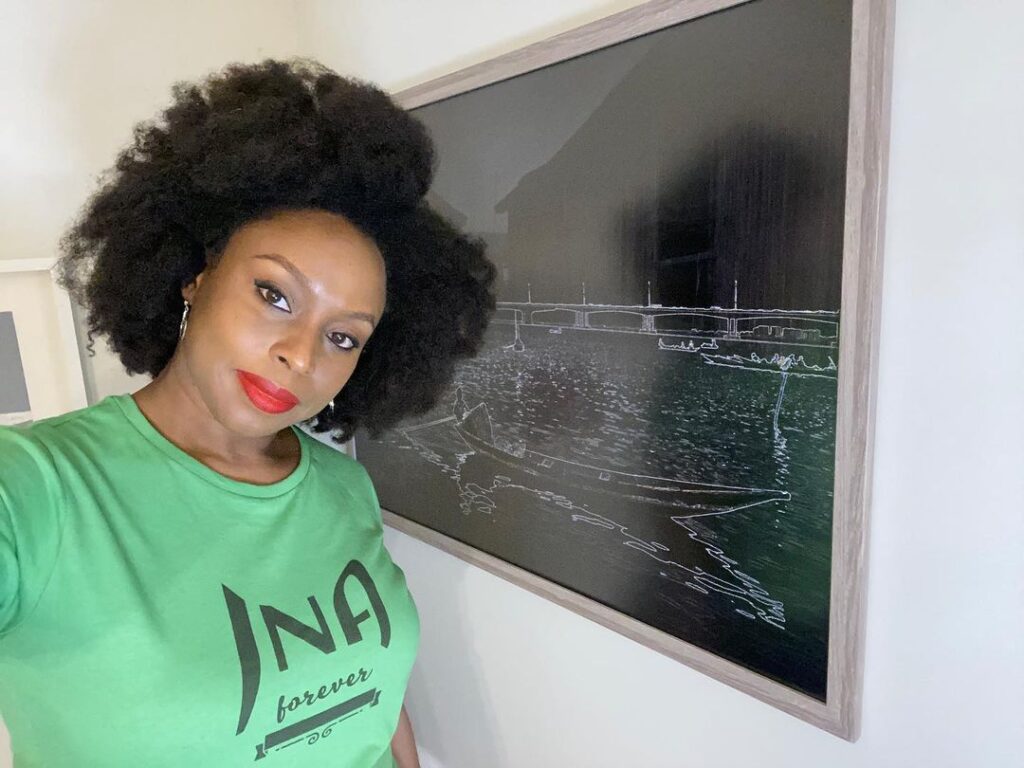 I have always felt that western wedding traditions sideline the mother of the bride — the father walks the bride down the aisle, the father has the first dance with the bride, often the father gives a speech while the mother doesn’t. ⁣
⁣
Our wedding, many years ago, was small and lovely, just as we wanted it. I asked family and friends not to post any photos publicly. I wanted privacy. But my need for privacy is now superceded by my desire to publicly honour the rare and wonderful woman I called my mother. And I hope this perhaps inspires any young women (and men) out there who are questioning any kind of convention.⁣
⁣
Before the wedding, I decided that both my parents would walk me down the aisle. And I decided that my first dance would be with my mother. My father, who I often teasingly called DOS for “Defender of Spouse,” was very supportive. He wasn’t much of a dancer – I inherited his unrhythmic genes – but my mother was. And my mother’s joy on that day was a gorgeous glowing thing.⁣
⁣
Convention is something made up by somebody and then repeated by others. If convention feels wrong for you, if your skin bristles and your spirit stalls at the thought of doing something “the way it is done,” then stop and act.⁣
⁣
We can make changes. We can try and craft small slices of the life we want. ⁣
⁣
We can unmake convention to make things more just, more complete, more beautiful.⁣
⁣
Not everyone will be happy with you, because it is human nature to try and conserve things as they are, but your spirit will feel full, and there is nothing more meaningful than knowing you have been true to yourself.

Read also Chimamanda Ngozi Adichie Wins ‘Winner Of Winners’ Award For Her Novel, Half Of A Yellow Sun 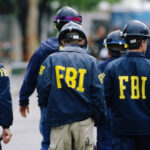