Reality star, Kylie Jenner is reportedly pregnant and expecting her second child with boyfriend, Travis Scott, who is the father of her 3-year-old daughter, Stormi. 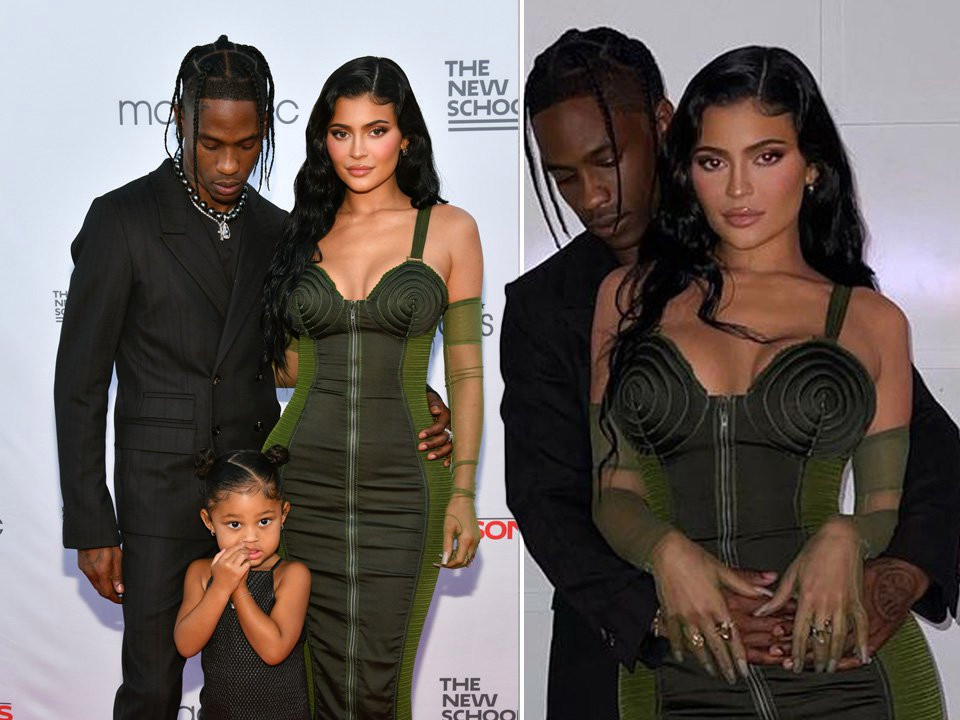 This comes after Caitlyn Jenner had slipped and dropped a major hint on Thursday that she is expecting another grandchild, though she did not reveal which of her daughters was with the child.

Family sources confirmed the pregnancy news to The Sun, after fans have been speculating for weeks that the 24-year-old makeup mogul is expecting another child.

One of the sources claimed Kylie’s currently in the “very early stages” of the pregnancy and has not yet learned the baby’s sex, adding that the whole Kardashian-Jenner family is “thrilled” about the child.

“The entire family is beyond excited. They truly are a family of ‘the more the merrier’ so the more they can add, they welcome that.

“Kylie’s always wanted to add more kids, that’s no secret so this is a really happy blessing,” the source claimed.

READ:  Nigerians claim TB Joshua is back as daughter gives birth on his birthday

Kylie had first sparked pregnancy rumors in late June after she appeared not to take a tequila shot during the Keeping Up With The Kardashians reunion.

Days later, fans noticed that the makeup mogul, who welcomed daughter Stormi on February 18, was eating sushi that seemed to have no fish at all and just avocado.

However, Kylie had seemingly squashed the pregnancy rumors by filming herself working out in tight sports bra and legging sets and drinking wine with friends.

A source told The Sun that Kylie Jenner was expecting baby number two with Travis Scott, adding that the pregnancy due date should be sometime in early 2022.

KanyiDaily had reported how Kylie Jenner surprised Travis Scott with a Lamborghini car on his birthday, pleading with him to give her another child.