A helicopter has reportedly shot and killed passengers in a local boat that departed Port Harcourt for Bonny Island in Rivers State. The helicopter reportedly flew very low and opened fire on the boat. There are reports of casualties, with some occupants severely injured and rushed to the hospital.

An eyewitness at the Bonny-Nembe waterside Port Harcourt where the boat expressed shock over the incident and revealed that the boat was carrying passengers and foodstuff. He said:

“The local boat that just left here to Bonny, within the Treasure Island area, a chopper or I will call it a flight helicopter, just came behind, went very low and started shooting at the wooden boat.

“From the information we got from a boat driver, there were passengers in the boat. The boat also contained foodstuff such as garri, rice and other items.

“Everyone knows that is the route transporting foodstuff to Bonny. Some people died in the boat,” he claimed

When contacted, a spokesperson of the state Police Command, Nnamdi Omoni, said that he was yet to be briefed about the incident.

Spokesman of the 6 Division, Nigeria Army, Charles Ekeocha, did not pick calls put across to him by Punch Newspaper correspondent; just like his counterpart in the Nigerian Air Force, Port Harcourt, as of the time of filing this report.

This is a developing report, more details will be updated as soon as it’s available.

In other news, a 20-year-old girl identified as Victory Kelechi Joseph has been arrested for hiring assassins to kill her ex-boyfriend, Gabriel Uzoma, for ending their relationship at Uwagboe Street, Ipaja area of Lagos State.

Meanwhile, a young boy identified as Ifeanyi Ezeobi has been apprehended after he connived with his elder brother, Nzube Ezeobi, to poison their boss’ family with insecticide in Anambra State. 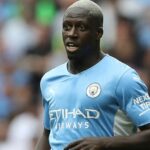 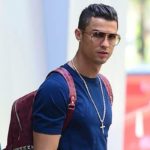