Imo State Governor, Hope Uzodimma has gone against an agreement reached with his colleagues from the southern region to ban open grazing in the entire region next week.

KanyiDaily recalls that the 17 governors of the southern states had vowed to ensure that the legislation against open grazing of cattle was put in place on or before September 1, 2021.

With just six days to the deadline, Governor Uzodinma has backed out of their agreement and declared that there is no law forbidding open grazing by cattle rearers in his state.

Uzodinma reviewed his government’s position on the open grazing ban while speaking with newsmen yesterday after meeting with President Muhammadu Buhari at the State House, Abuja.

READ:  Nigerian Man Claims He Lost A Potential Job Offer In China Because Of His Nationality

The governor argued that though there is presently no anti-grazing law in the state, his government was trying to regulate grazing activities through collaboration between the farmers and herders.

“I don’t have any law in Imo State for anti-grazing. But what we have done is that we are regulating grazing activities in Imo State under a partnership between our farmers and herders,” Uzodinma said.

“They have signed a Memorandum of Understanding (MOU) in my office and agreed to work together. And both parties are going about their businesses without interfering or causing any grievance or anger to each other.”

KanyiDaily recalls that Ondo State Governor, Rotimi Akeredolu had declared that the decision of the Southern Governors to ban open grazing in their region is irreversible and will enforce the ban with vigour.

READ:  Nigerian Man Who Wants To Join Illuminati To Get Rich, Gets Epic Reply From Church Of Satan 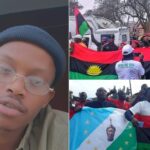 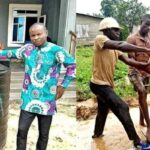