A 36-year-old Nigerian woman simply known as Mirabel has accused her ex-boyfriend of being responsible for her barrenness after five years of marriage to another man.

In a lengthy post she made public on social media, the woman narrated how she discovered that her womb has long been used for money ritual by her ex-boyfriend.

According to her, she was in a very serious relationship with one Mr. Darlington during her university days and they dated for almost seven years before they broke up.

Two years later, she got married to another man and after 5 years, she realized she couldn’t have children with her husband because her ex-boyfriend allegedly used her womb was used for money ritual.

Mirabel lamented that while they were still dating, her ex-boyfriend bought her a Toyota Spider, and she used his money to build a bungalow for her parents without knowing she was using her own destiny.

She said she is confused because Darlington is nowhere to be found and she doesn’t know how to explain to her husband that her womb has been used for money ritual for over five years.

“My name is Mirabel, this is a true story of my life, I’m 36 years old and have married for 5 years and months plus, there’s a serious problem in my home right now and it’s getting worse everyday,” she said.

“I got married to my husband, Michael about four years ago but up till now we’re still looking for a child, and we have gone to so many places both churches and traditional centres too, yet no good result to show and my husband is getting tired of the situation.

“Recently, an old friend of mine who came from another state to visit us suggested a particular church for me, although the church is not a popular church but the pastor is a true savant of God. The pastor revealed exactly what my problem is and how i got involved in it as well as who is the cause.

“There was this guy i dated for almost 7 years, Darlington, i truly loved him because of the way he treated me the very first day we met at the bank. I was in a haste to settle some payment in my school, so when i got to the bank, there was a queue but he exchanged his position with mine so i could meet up with exam. Though he wasn’t my first boyfriend just because of his attitude towards me that was why i accepted him for a relationship.

“Darlington is nice and awesome guy and also has money and he was a student, 200 level, while i was in 100 level when we started dating, at first it was like a joke but after we both graduated he became more richer that we used to travel abroad every two months to rest for some weeks.

“He promised to marry me immediately i graduate but unfortunately when i finish with NYSC, he came up with an excuse that he had 4 different projects at hand and therefore we can’t married until he finished the projects. I agreed.

“He bought me a Toyota Spider which i was using then, i also built a bungalow for my parents through him. I made a lot of savings when we were dating without knowing i was using my own destiny.

“He never allowed me to visit his parents and i didn’t know any of his family members not even the village he came from but i spent 6 years plus with him. I was carried away by the amount of enjoyment i was receiving.

“One day, Darlington came back from where he went to meet his friends and made a statement that nearly got me collapsed, he told that our 6 years relationship is not going to work anymore and i should leave within one week.

“When he made the statement, i thought it was just a prank until end of that one week, he drove me out of the house upon pleading for a second chance because i can’t afford to lose him, he was all i had, hoping we will get married soon.

“Surprisedly i found myself in the street again feeling depressed and disappointed, it wasn’t funny but thank God for my life, lucky i got married two years after we broke up. But my problem now is that i have not given birth to a child and it was revealed to me that Darlington is the cause of my problem of not conceiving.

“When we were dating, he secretly used my womb for money ritual which was the same money both of us were flexing from one country to another.

“I have gone to many places in search of solution to my problems but unfortunately none of these yielded good results until my friend took me to one man of God that prayed for me and revealed everything to me, that Darlington is the cause of my problems, he also said i cannot conceive anymore.

“I have tried to look for him but unfortunately he’s nowhere to be found and i don’t know how to explain to my husband that my womb has been used for ritual after five years. I’m totally confused and don’t know what to do right now.”

KanyiDaily had reported how a 31-year-old Nigerian woman was allegedly shot dead by her 61-year-old Italian husband after she reportedly filed for divorce in Italy. 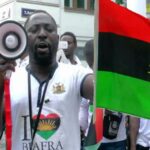 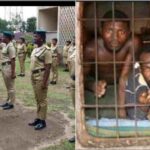