Bukola Saraki has revealed that Nigeria used to be two countries before it was brought together by the British. 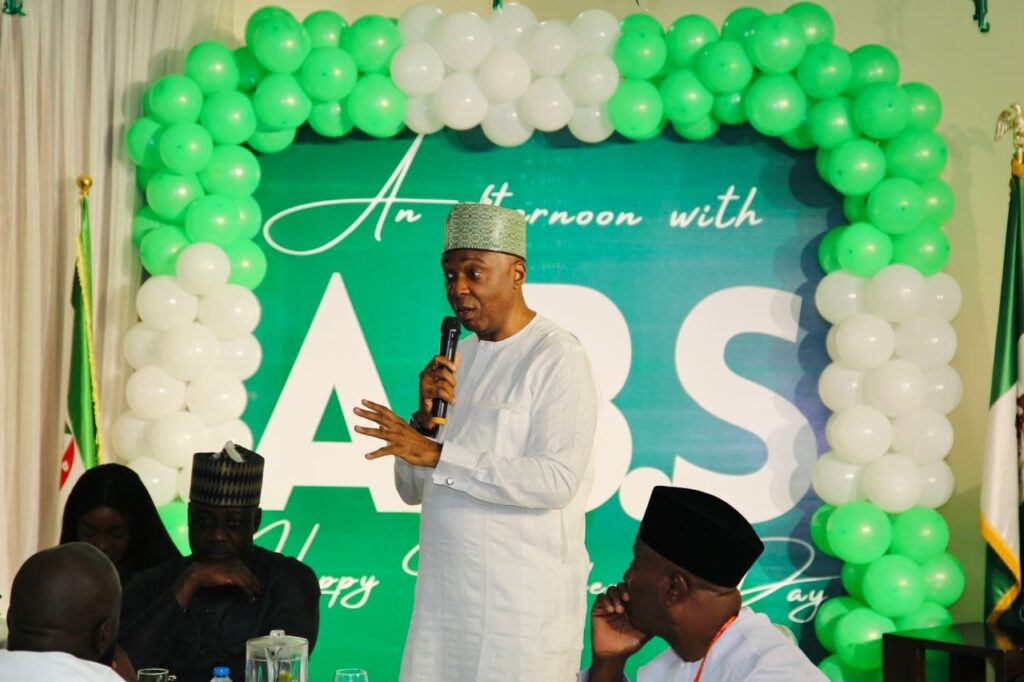 Former Senate President, Bukola Saraki said that Nigeria was never one country until it was brought together by the British for administrative purposes.

Saraki, who stated this during an Independence Day lunch with youths in Abuja over the weekend, was responding to a question on Nigeria’s progress since its Independence on October 1, 1960.

According to him, Nigeria used to be two different countries before it was joined together by the British for commercial and administrative purposes.

He noted that Nigeria will remain a work in progress because it has so many diversities, adding that the country shouldn’t be compared with others that don’t have diversity right from time.

He said, “I read a book on how Nigeria was formed and I realized that we were never one country. We were two countries but it was efficient for the British to bring the two countries together for administrative purposes.

“It made sense at that time to bring the two countries together for commercial purposes. From day one, Nigeria is going to be a work in progress because it’s a country with so much diversities. So we can’t compare ourselves with some other countries that don’t have diversity right from time.

“Even with these challenges that we have…despite those diversities, I think we are a society that is very very patient. I think most countries based on what people are going through now, will not be able to take it. We are ready to give people opportunities; we are fresh and take a lot.

“And I think that what we haven’t been able to get right is leadership and values. And about values, all of us must take the blame on that. For example, someone just pops up on our neighborhood overnight and shows wealth and we just accept the person into our society…just like that.

“A society that continues to allow that, where is the values for hard work? Where’s the value for doing things right? What message are we sending? The message that we must cut corners? As a country, we need to redefine that.”

KanyiDaily recalls that HARIWA had asked the National Assembly to scrap the name ‘Nigeria’ which was given by Lord Lugard’s girlfriend after drinking ogogoro (local gin).