The Super Eagles of Nigeria have cemented the top place in Group D with the maximum nine points after beating the Wild Dogs of Guinea Bissau 2-0 in the ongoing Africa Cup of Nations (AFCON) in Garoua, Cameroon.

After a goalless first half during the game on Wednesday, January 19, Sodiq Umar opened scoring in the 56th minute to atone for his first half underperformance which saw him missed what should have been his first goal in the 24th minute.

Moses Simon’s introduction increased the intensity of Nigeria’s attack and led to the second goal which was scored by William Troost-Ekong after a sensational dribble by Simon in the 75th minute.

Umar and Ekong’s goals mean that all six goals scored by the Super Eagles in the ongoing AFCON tournament have come from six different players.

Nigeria’s team coach, Augustine Eguavoen made eight changes from the team that beat Sudan on Saturday, but it was an excellent performance, as their quality showed over the Wild dogs of Guinea-Bissau.

The Super Eagles are the only team that reached the last 16 round winning all group matches at the 33rd AFCON, and they’re a side that will very much be feared in the knockout stages.

KanyiDaily recalls that Guinea Bissau captain, Jonas Azevedo Mendes had said that his team will rather ‘die’ than see themselves losing today’s match against the Super Eagles. 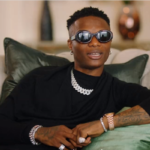 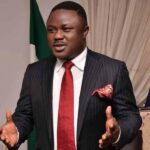