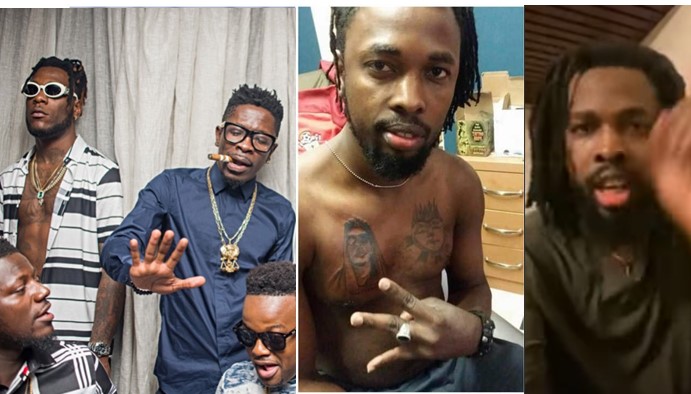 Reacting to the controversial comment, Burna said that he is open to a one-on-one fight with Wale if he has a problem with him instead of fueling an agenda of separation between Nigeria and Ghana.

Burna Boy later revealed that the reason why he is seeking to fight Shatta Wale is because he (Shatta) once “tried to rape the girl I brought to Ghana back then.”

According to him, he took advantage of the girl Burna Boy boy brought to his house because he (Burna) never liked the girl and also referred to her as a prostitute. 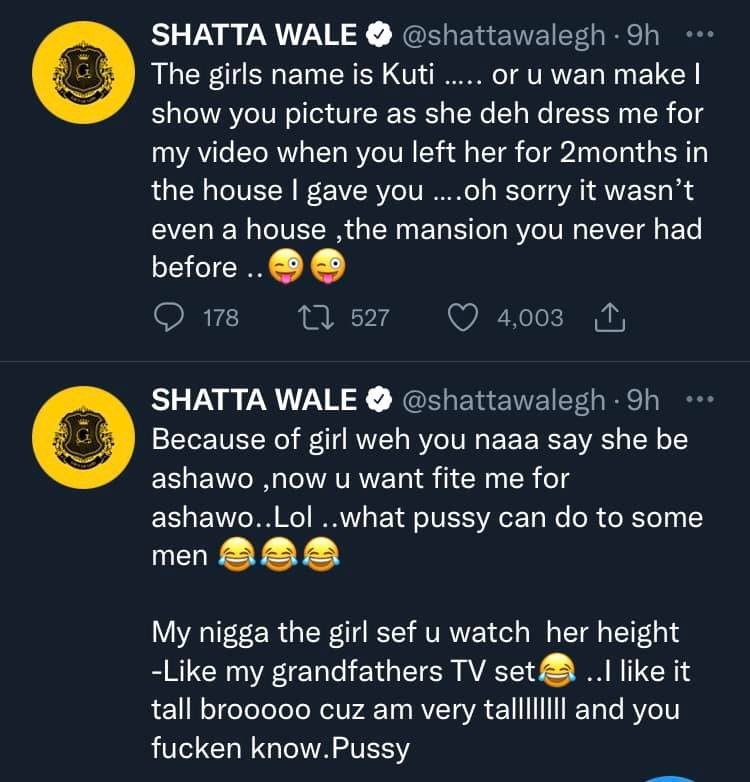 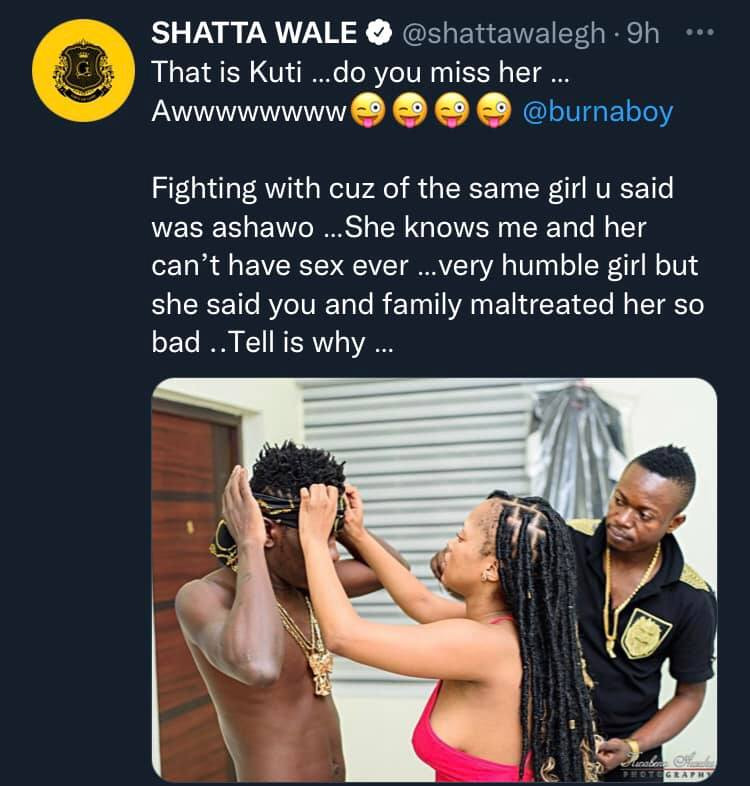 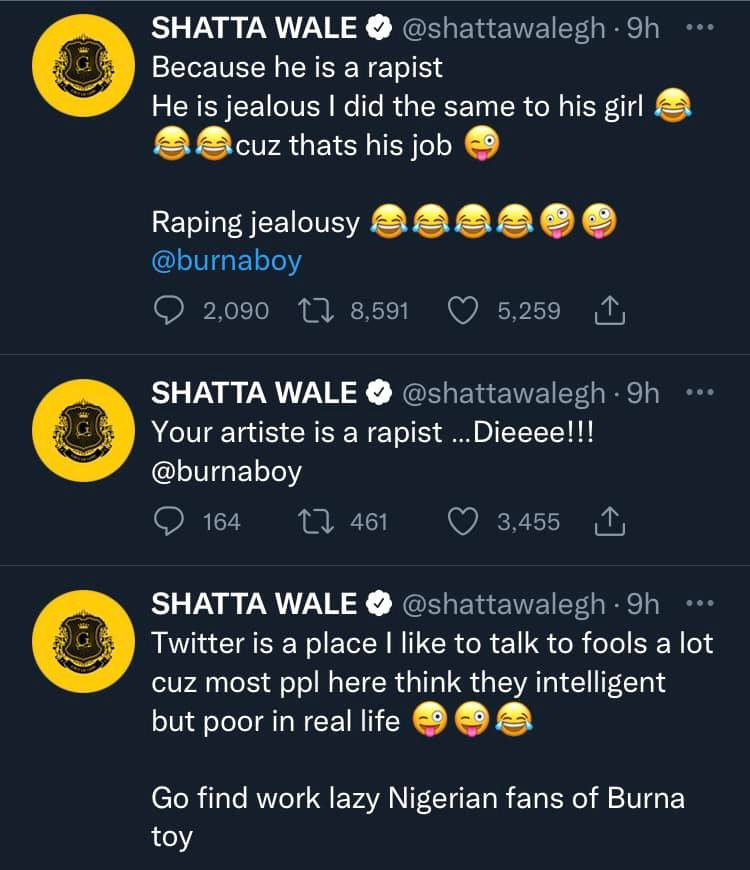 READ:  My Wife Thought I Engaged In Fraud When I Received My First N1m – Comedian Ali Baba

In a viral video, Shatta Wale’s ex-friend, Wizla Finto has revealed how he (Shatta) Burna Boy’s money alone and slept with his girlfriend when he wasn’t around one time and that is the cause of their feud.

Finto said, “Shatta wale lied, he never Helped or did anything for Burna Boy, Burna brought a lot of Money to Ghana and Shatta wale ate the money, and paid Burna Boy back by sleeping with his girl.

“Shatta wale is notorious for sleeping with all his close friends Girlfriends, shatta wale broke the street code, someone like him is capable of putting poison inside Burna Boy’s food.

“Shatta Wale is very fake, he will never befriend you if you are broke, he has switched up on me and all his close friends whom we all started the SM4Life movement together.

“He (Shatta) is very selfish and he has not helped any of us including his own baby mama, But Nigerian artistes have been helping Ghanaian artistes from the Days of VIP, R2bees to Sarkodie and many more”