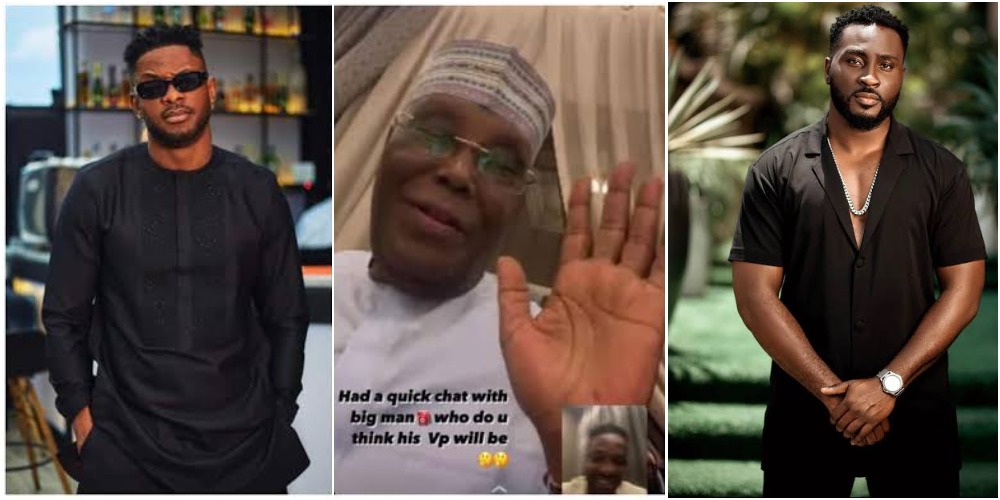 On Wednesday, the former BBNaija housemate had shared a screenshot of the video call he had with the vice-president in what seemed like an endorsement.

Sharing the screenshot on his Twitter page, Okonkwo revealed that he had spoken with Atiku, who he described as his father, before proceeding to ask who the public thought would be the politician’s running partner.

“Had a quick chat with my dad, Atiku. He’s so funny guys. Who do you think his Vp will be? Just thinking out loud,” he wrote.

Had a quick chat with my dad @atiku his so funny guys. Who do you think his Vp will be 🤔🤔 just thinking 💭 out loud pic.twitter.com/aiisZNh5Lo

READ:  KWAM 1 Opens Up About Having Romantic Affair With Wife Of Alaafin

The endorsement sparked outrage on Twitter with some Nigerians slamming the reality star, whike others alleged that “brown envelopes” have changed hands.

When money don enter some Igbo men hand, them fit betray their own blood , exactly Wetin this efulefu(cross) dey do

Really not a fan of atiku or cross either, but most of you wailing under his comment section don't even have your pvc to vote for the person you claim to be a better candidate. Mtcheeeew these are the issues Twitter isn't reality

Remove Bbn stanship and see the nuisance you are stanning

If he loves atiku or whatever fucking keep it on your gallery https://t.co/7zgCRQFe8W

😂😂😂😂😂😂 some people have forgotten their real father oooo Now they Adopt and addressed them as “my father,his funny” political Jobbers and their grammar Stomach infrastructures na your mate?? https://t.co/oF7juATVaN

You were mostly drunk in the BBN house, not surprised. https://t.co/xMxG2pu4Yn

Reacting on his Twitter page, the movie star defended his colleague saying that the reality star is at liberty to choose his preferred candidate.

Pere wrote, “Cross is free just like every Nigerian citizen to support whoever he feels. Everyone should have a choice and support whoever they want. Period. No apologies.”

KanyiDaily recalls that Nigerian singer, Brymo had also come under fire for supporting the presidential aspiration of Bola Tinubu, the national leader of the ruling All Progressives Congress (APC). 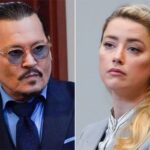 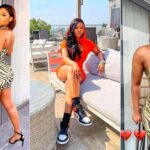