It was gathered that the Emir conferred the traditional title of Sarkin Fulani on Aliero in a colourful ceremony that took place last Saturday, July 16.

The decision to confer the title on the banditry kingpin was premised on the pivotal role he played during a recent peace process locally arranged between the emirate and the bandits terrorising Tsafe Local Government Area.

However, in a statement by the Secretary to the State Government, Kabiru Balarabe Sardauna, the government distanced itself from all the processes and announced the suspension of the emir with immediate effect.

The statement reads, “This is to inform the general public that the Zamfara State Government has dissociated itself from the alleged turbaning of a Sarkin Fulani by the Emir of Birnin ‘Yandoto of Tsafe Local Government Area”.

“In this regard, the State Executive Governor, Hon. Bello Mohammed Matawalle, MON (Shattiman Sokoto) has directed for suspension of the Emir with immediate effect.

“Accordingly, the Executive Governor has approved the appointment of a Committee to investigate the circumstances leading to the action of the Emir.

“In the meantime, Alh. Mahe Garba Marafa, who is the District Head of ‘Yandoto is hereby assigned to take charge of the affairs of the Emirate.”

This comes a few days after Zamfara Governor, Bello Matawalle appealed to indigenes to pray for divine intervention, saying every effort by his administration to end banditry had failed.

READ:  Iran Vows To Strike 35 US Targets 'Within The Week', As Retaliation For Death Of General Soleimani 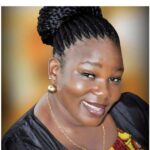 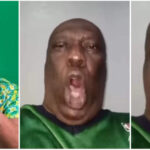