Fast-rising Nollywood actress, Funke Lateef has taken to social media to solicit the sum of N3 million for her bone surgery after a car accident almost took her life. In a post shared on her Instagram page, the 23-year-old budding star said she was excited about pursuing her dreams as an actress and producing her first movie, but the accident left one of her legs with fractures when she was traveling to a movie location.

Funke called on the general public to support her with money for her bone surgery, stressing that the delay of the surgery can lead to amputation.

She wrote, “My name is Funke, I’m a 23years old lady. I’ve always dreamt of being an actress since I was little. 3years ago I joined the film industry with high hope.

“Everything seemed fantastic and I decided to produce my first movie, I worked hard and save despite being a breadwinner in my family, I was so excited that finally, my dreams were about to come through, however, on my way to the film location I had a terrible accident which left my leg with 3fractures and injuries, to me everything seems like a dream, it was the worst nightmare.

READ:  Kendall Jenner Claims Being A Kardashian Makes People Not Take Her SERIOUS

“So I had poor treatment because my relatives took me away from the hospital because they believed that hospital can’t handle it except Local traditional place I tried to disagree first but after much persuasion I accepted.

“It’s been 10 months now I couldn’t walk by myself, I went back to the hospital and I was asked to do bone surgery with immediate effect and I should budget 3million naira that otherwise my leg may be amputated.

“I’m so scared, I don’t have anyone to rely on financially.I need help and support my people please help me with any amount will do something to help me.”

Funke Lateef’s post has also prompted celebrities like Afeez ‘Owo’ Biodun and Adeniyi Johnson to solicit funds on her behalf.

READ:  Perruzzi Beats Up A Nigerian Social Media Influencer Over An Old Tweet About Him

KanyiDaily recalls that US-based model and actress, Fancy Acholonu had recently also taken to social media to recount how she almost lost her life in a fatal car accident. 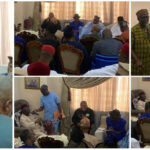 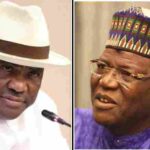