President Hassan Sheikh Mohamud of Somalia on Sunday said the number of people killed in the Mogadishu bomb attacks has risen to 100. 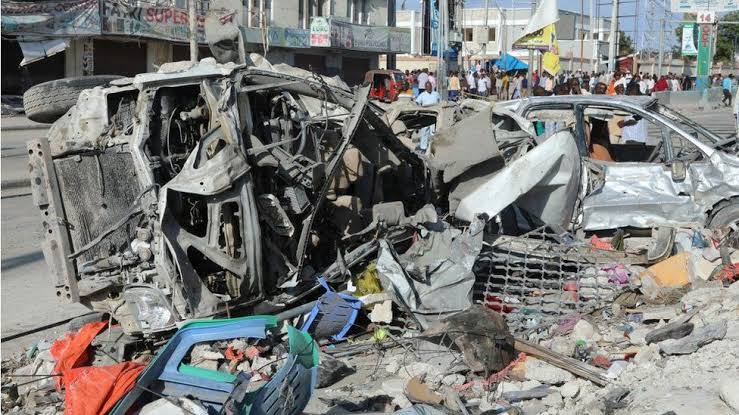 “So far, the number of people who died has reached 100 and 300 are wounded, and the number for both the dead and wounded continues to increase,” he said after visiting the blast location.

Al-Shabaab Islamists have claimed responsibility for the attacks. They claim their fighters were targeting the ministry of education.

The explosion tore through walls and shattered windows of nearby buildings, sending shrapnel flying and plumes of smoke and dust into the air.

Police spokesman, Sadik Dudishe, said women, children, and the elderly are some of the victims in the blasts.

“The ruthless terrorists killed mothers. Some of them died with their children trapped on their backs,” he said on Saturday.

He added that the attackers had been stopped from killing more “innocent civilians and students.”

READ:  UK Home Secretary Resigns Over Use Of Personal Email For Official Duty

The attack took place at the same busy junction where a truck packed with explosives blew up on October 14, 2017, killing 512 people and injuring more than 290, the deadliest attack in the troubled country.

Mohamud described the incident as “historic”, saying “it is the same place, and the same innocent people involved.”

“This is not right. God willing, they will not be having the ability to do another Zobe incident,” he said, referring to the Islamist group Al-Shabaab.

Somalia’s allies, like United Nations, Turkey as well as the African Union forces have all condemned the bloody siege.

The African Union force is tasked with helping Somali forces take over primary responsibility for security by the end of 2024.

The UN mission in Somalia UNSOM vowed to stand “resolutely with all Somalis against terrorism.”

“These attacks underline the urgency and critical importance of the ongoing military offensive to further degrade Al-Shabaab,” the AU Transition Mission in Somalia (ATMIS), which replaced the previous AMISOM peacekeeping force, said on Twitter late Saturday.

Meanwhile, Kanyi Daily reported that a man attacked his wife, and detonated petrol bombs in his house after accusing her of cheating. 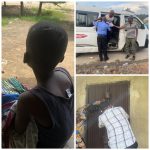 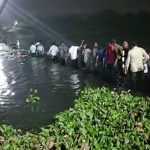