Chief of Defence Staff (CDS), General Lucky Irabor on Thursday, disclosed that a total of 613 “repentant” insurgents who have undergone rehabilitation will be transferred to their various states for proper reintegration into the society. 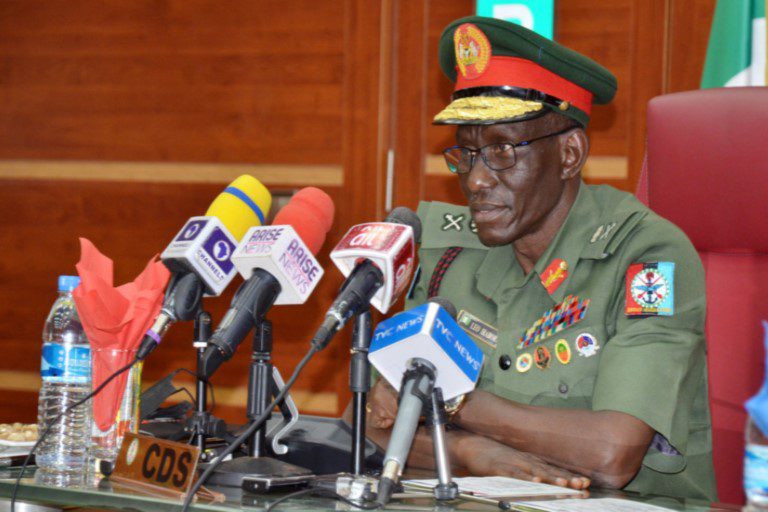 Irabor stated this at the fifth stakeholders’ meeting of Operation Safe Corridor (OPSC), in Abuja.

He was represented by the Chief of Defence training and operation, Adeyemi Yekini.

According to him, troops of operation Safe Corridor are currently taking the repentant insurgents through a recovery process.

He said the OPSC, set up in September 2015 by President Muhammadu Buhari to ensure repentant insurgents undergo the de-radicalisation, rehabilitation, and reintegration (DRR) programme, recently recorded success which has captured the attention of researchers from within and outside Nigeria.

“It is also important to mention that upon graduation from the programme, each client will be provided some food and personal items, as well as start-up packs according to the trade learnt during training to enable them to set up small businesses and start a new life,” NAN quoted him as saying.

“We are optimistic that working closely with local and traditional authorities, the states can deploy security apparatus at their disposal to effectively track and evaluate the re-integrated ex-combatants.

“I must emphasise that it is critical for all stakeholders involved in the reintegration processes in order to mitigate, or completely eliminate incidences of recidivism.”

The defence chief also said 83,000 insurgents and their families have so far surrendered to troops.

“These sustained operations continue to put pressure and confusion within the ranks of the adversary, causing many to surrender to the armed forces,” he added.

“As of today, over 83,000 insurgents and their family members have surrendered, while those captured have been tried and convicted to various jail terms by the law courts.

“As we speak, many more captured combatants are being held in several correctional facilities and their trial is ongoing.

“I must emphasise that counter-insurgency operation is dynamic and requires a lot of ingenuity and proactive strategies to achieve success.

“One of such strategies adopted by the federal government is by extending an olive branch to low profile members of the insurgent groups who form the critical mass.”

In other news, Kanyi Daily reported that the Military Pensions Board disclosed that it has started the payment of the owed Security Debarment Allowance to eligible military retirees or the Next of Kin of deceased military personnel.

The board stated this in a statement issued on Thursday.