Veteran Nollywood actress, Ireti Doyle has made the headlines after she opened up about her divorce with husband, Patrick Doyle. 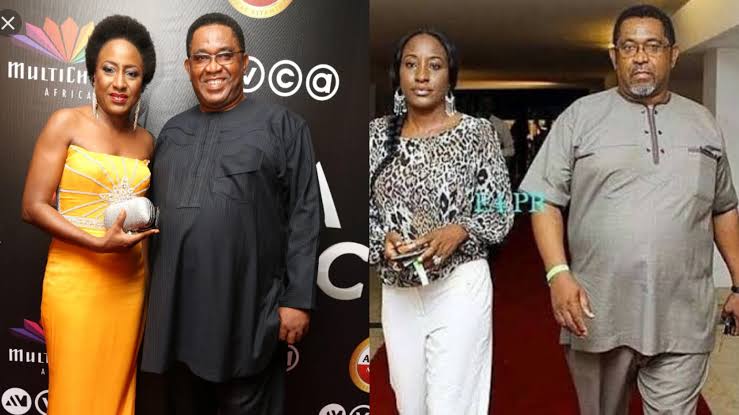 Ireti Doyle Apologizes For Her Failed Marriage To Patrick

KanyiDaily recalls that the actress who shares six children with the broadcaster, had recently confirmed their divorce after over 19 years of marriage.

Ireti, who disclosed this in a recent interview with media personality, Chude Jideonwo, also apologized to her fans over her failed marriage to Patrick.

She apologised for shattering their image of love and a perfect couple, stressing that her life isn’t an animation to be sacrificed at the altar of fans imagination or fantasy.

She said, “I’m sorry if I contributed to shattering your image of love and a perfect couple, but my life is not an animation; I cannot sacrifice my life at the alter of your imagination or your fantasy.

“So if I hurt anybody I’m sorry but I had to choose me. I’d say (the marriage) was a picture, a pretty picture, and there was a wide lacuna between the picture and reality.” 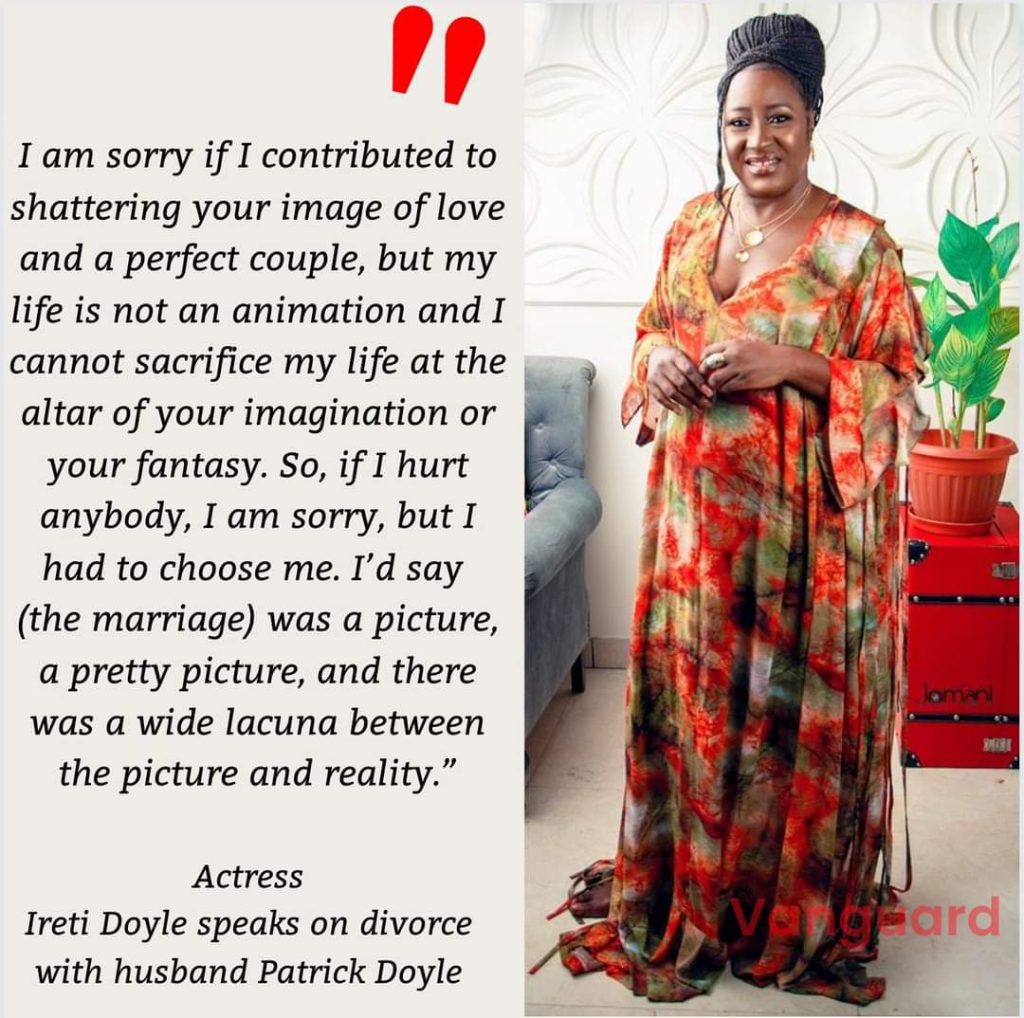 Ireti Doyle’s comments have triggered mixed reactions on social media with some people admiring her pompous personality, others berated her over the divorce. 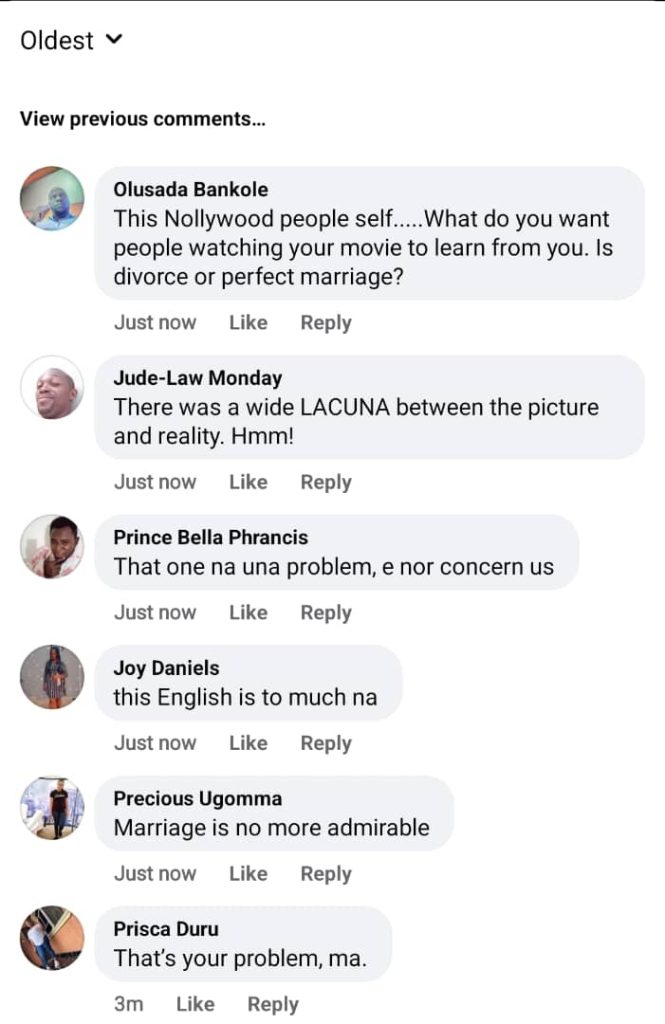 KanyiDaily recalls that Ireti Doyle had recently penned a note of appreciation to her colleague, Adesua Etomi, for stopping her daughter, Jemiyo from being bullied in school.

READ:  13-Year-Old Girl Raped To Coma By Her Stepfather, Held In Hospital Over N1m Medical Bill 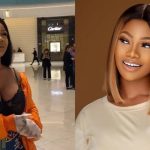 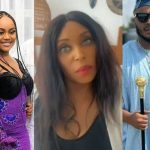