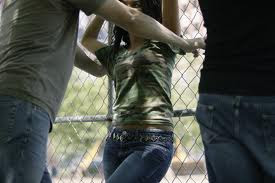 A Texas defense attorney used some controversial words to describe an 11-year-old girl allegedly gang rapéd by 20 men and teenaged boys.
During wrap-up testimony on Tuesday, Steve Taylor, who represents Jared Len Cruse on charges that he joined in the repeated rapé and séxual assault of the now-13-year-old girl during a 3-month span in 2010, likened her to a spider who lured the suspects. He said she was “the reason” that the encounters happened, the Houston Chronicle reported…..continue reading
The Houston Chronicle reported Taylor’s exchange with former Cleveland Police Sgt. Chad Langdon, who was on the witness stand:
“Like the spider and the fly. Wasn’t she saying, ‘Come into my parlor, said the spider to the fly?'” Taylor asked.
“I wouldn’t call her a spider,” Langdon replied. “I’d say she was just an 11-year-old girl.”
“I hope nothing like this ever happens to your two teenage sons,” Taylor snapped back.
The metaphor didn’t help however, as Cruse was found guilty of aggravated séx assault today, ABC News reports.
In the courtroom on Tuesday, the unidentified victim reportedly said “yes sir” when asked if she had been a “willing participant” in the acts, but Langdon testified that she can’t legally give consent for a séxual encounter due to her age.
Testimony in the case of 20-year-old Cruse wrapped up in Liberty in one day, after he declined to testify. He’s already serving a an eight-year sentence on unrelated convictions for aggravated robbery and assault.
The emotional case began after Cruse, Eric McGowen and more than a dozen other men allegedly recorded themselves having séx with the victim.
Two adults, 22-year-old Isaiah Ross and Marcus Porchia, 28, were slapped with 15-year prison terms earlier this year. The six juveniles who pleaded guilty in the case received suspended seven-year prison terms. McGowen received a sentence of 99 years. Most of the defendants — many of whom have individual trials — face charges of aggravated séxual assault of a child.
Cruse was found guilty of aggravated séx assault today, ABC News reports. 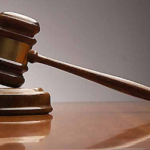 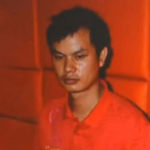