Nigeria’s richest pastor and self-styled bishop, David Oyedepo, has made a glistening addition to his business empire by floating an airline called Dominion Air.

Oyedepo, who a few years ago ignited debate on flamboyant Christianity by acquiring his fourth private jet, is the owner of Dominion Publishing House, Covenant University and an elite secondary school called Faith Academy.

Sources within the Corporate Affairs Commission (CAC), the agency charged with business registration in Nigeria, confirmed the registration of Dominion Air with David Oyedepo as its chairman. Another source within a Lagos-based insurance firm known to handle most of Oyedepo’s businesses said the airline project had been in the works for six years and was only made a reality this year.

In a swift reaction, Lawrence Ofili, a member of the Save Nigeria Group (SNG), “Pastor Oyedepo by his choice of businesses has severally demonstrated a disconnect between himself and hundreds of thousands of poor Christians who he claimed to have come to deliver. About 90 per cent of public schools in this country were built by early Christian missionaries; today Oyedepo has Covenant University but it is for children of millionaires,” says Mr Ofili.

“Even with the high school called Faith Academy, I am aware that most children in his congregation dream to be educated there but their parents who probably pay tithes and offerings cannot afford the school fees. His Faith Tabernacle accommodates 50,000 worshippers every Sunday; how many of them are going to fly Dominion Air? Honestly this project is not for the poor. He should have settled for mechanised farming to engage unemployed men and women.”

Listed by Forbes as Nigeria’s wealthiest pastor with a net worth of $150 million, David Oyedepo is a preacher and founder of Living Faith Church Worldwide, more popularly known as Winners’ Chapel. Besides his four private jets, Forbes also mentioned the preacher’s luxury homes in London and the United States. 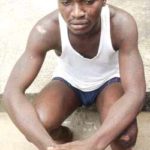