The Kano State Police Command said yesterday that it had foiled plans by some suspected terrorists to attack Kano city. This is even as Christians in the North are expressing fears of likely attacks by terrorists on Easter Sunday.
The Commissioner of Police, Musa Daura, told journalists at a press conference in Kano that detectives had averted what would have been another tragedy as they intercepted an explosives-laden Volkswagen Golf car.
Items recovered from the car included rocket launchers, remote control devices, 14 hand grenades, eight AK 47 magazines and assault rifles, seven Improvised Explosive Devices (IEDs) concealed in Turkey oil containers, with remote controlled devices and 238 live ammunitions of different calibers.
Describing the discovery as remarkable, Daura said: “On Tuesday 26, March, 2013, at about 21.30 hours, our men, based on a tip-off, intercepted a Golf 3 car, with registration number AG 701 KTM at the outskirts of Kano.
“The occupants of the vehicle, on sighting a police patrol vehicle, opened fire, but our men responded swiftly which made them to abandon the vehicle and escaped into the bush.”
The police boss said that the fleeing suspects sustained gunshot injuries as blood stains littered the scene of the incident.
Daura said that on further scrutiny, the vehicle was found to contain four rolls of wire connector for suicide missions and 12 power sources, among other bomb making materials.
He said: “The intention of these hoodlums was to cause havoc and destabilize the peace of Kano State.”
Daura, however, said that security personnel had begun trailing the suspects.
He sought the support of members of the public by volunteering information that could lead to the arrest of the suspects and other criminals.
It will be recalled that some suicide bombers attacked a popular motor park in Kano city recently and killed no fewer than 60 people.
Meanwhile, four suspected members of the Boko Haram sect were killed yesterday by the police during a shootout in Gaidam, Yobe State.
The Joint Task Force (JTF) spokesman, Lt. Eli Lazarus, confirmed the incident in a statement yesterday in Damaturu, the state capital.
The statement reads: “The incident occurred yesterday around 5:00pm when suspected terrorists attacked JTF location in Gaidam town. The attack was repelled by the JTF and four of the gunmen lost their lives in the exchange of gun fire.
“Three AK47 rifles, five magazines and 72 rounds of 7.62 mm ammunition were recovered from the insurgents.”
JTF, however, assured all law-abiding residents of its commitment to restoration of peace and security in the troubled state. 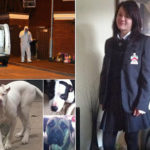 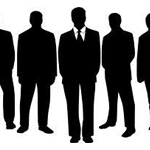