According to First weekly magazine, the mistress of Kwara state Governor Alhaji Abdulfatah Ahmed had just put to bed and this is the reason why his wife relocated abroad:
Authority sources within the government circle in Ilorin, Kwara State have revealed that the executive Governor of the State, Alhaji Abdulfatah Ahmed is once again a darling father of a baby boy, courtesy of his pretty mistress, Yinka Olanrewaju.
Our impeccable sources confirmed that the boy, who is said to be a split image of the Governor, was delivered on September 9 in the state capital, Ilorin.
The story of the pregnancy of Yinka and the romance with the Governor made the rounds early in July, but it was frontally denied by the media team of the gGvernor.
“Now, the chicken has come home to roost, let them come out again and deny. It was as if the poor tot knew the kind of controversy surrounding his coming. So, he decided to share his father’s image, it was as if ‘megida’, Governor Ahmed, vomited him,” our source disclosed to us.
The source revealed that Abdulfattah has accepted full responsibility and everybody is happy now.
However, while Yinka, the mother of the boy and lover boy governor are excited, the story might be different with the First Lady of the state, Omolewa who reportedly relocated abroad and now visits the state house occasionally from her base abroad.
“She was around about a month ago; she stayed for about one week before she travelled back.
“The woman is really nice; her gentle disposition to life cannot allow her cope with the kind of environment she found herself in government house.
“She is a born again Christian with a very strong passion for the less privileged and the low level women, hence her Leah Foundation, which has endeared her more to the rural women unlike the previous dispensation,” said a source.
Omolewa was said to have finally made up her mind to leave the turbulent life in the state house sometime in June when she got wind of the pregnancy of Yinka, who is the daughter of an influential Ilorin-based business mogul, the late Alhaji Oseni Olanrewaju, even while she was battling to conceive herself.
“This issue of Yinka was not the first she had to contend with, though she’s not the man’s first wife, the fact remains that the Governor gave her his words that no other woman will come in between them again and Omolewa trusted him absolutely, not minding his reputation as a lady’s man,” said a source.
Late last year, the issue of one Igbo lady, Ciphering was at the front burner, Omolewa never believed her husband was sleeping with this young girl, whose mother was a cook at the press centre, but a source told us their relationship dated back to the girl’s secondary school days at St. Anthony College, a school she left in 2004.
“When Ciphering became pregnant for the governor last year, it was real hell and the storm which occasioned the pregnancy only abated when mother and child relocated abroad,” our source added. 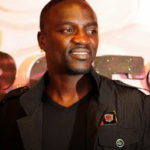