Mark Giannini, the co-founder of IT company Service Assurance, according to WREG allegedly repeatedly raped a 26-year-old lady for several hours until she blacked out on Thursday, June 19, 2014.
Police seized a trove of sex toys, women’s underwear, prescription drugs and firearms from the 49-year-old’s Eads, Tennessee, home and a Lamborghini sports car, according to the newly released Shelby County Sheriff’s department files reported by WMC.
The woman told sheriff’s investigators she allowed Giannini to drive her to his home for an overview of the house cleaning and office work he needed someone to do.
Giannini allegedly served her “a drink that tastes like a pop-up.” The woman told Giannini that she wanted to leave but he began kissing her aggressively and pulling her hair.
The crime report says Giannini performed several sexual acts on the woman against her will and forced her to consume urine, blood and fecal matter, telling her it was part of the job interview, according to WBTV.
(Complete copies of the report can be read here, though readers should be aware it contains a graphic description of the alleged rape.)
The woman says she blacked out and doesn’t know how she got back to her room in a nearby Motel 6 where her family found her.
Relatives brought her to a hospital where ER staff said she was frothing at the mouth and exhibiting symptoms similar to someone who had overdosed on drugs.
An attorney for Giannini said his client is not guilty and claims he was set up, according to WNCN.
Detectives arrived at Giannini’s gated home on Monday, June 23, 2014 but a man who answered the intercom system said the suspect was not home and he refused to allow the investigators to enter the property, according to another affidavit. The detectives forced themselves onto the grounds and found wet footprints leading into the woods from the back of the home.
Giannini soon presented himself to officers on the street outside of his home. He was “perspiring profusely and had fresh cuts and scratches on his legs,” according to a detective’s sworn statement.
The subsequent search turned up more than $16,000 in cash, 24 firearms and various pills of Viagra, Xanax, hydrocodone and other medications.
Detectives also removed an inventory of items, spanning several pages, that includes samples of human hair, boxes and baskets of women’s panties and shoes sorted by size, a sheriff’s badge and ID, handcuffs, duct tape, sex toys and nipple clamps.
Giannini has been charged with two counts of aggravated rape, two counts of possession of a controlled substance and one count of possession of a firearm, according to Fox 13.
He was released after posting $150,000 bond. 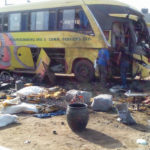 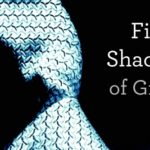