Menu
She was supposed to go to her parents’ house at Oshodi on that fateful Friday like she usually did every weekend after closing from work as a secondary school teacher at Abule Oko, a community in Ogun State. 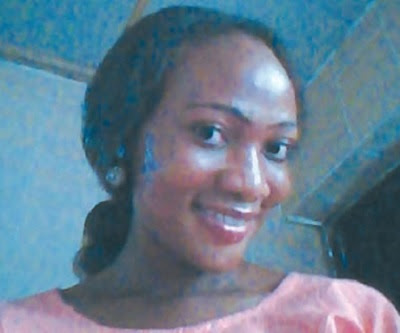 But on June 23 2016, After waiting till Friday night and still didn’t hear anything from her daughter, with her two mobile phone lines switched off, her father was troubled and had to come looking for her.

There and then he got one of the most shocking moments any parent could ever witness.

The door to her apartment was locked, but one of the windows was opened.

He asked her neighbours whether they had seen her that day, but all of them said no. They last saw her on Thursday when she returned from work.

He was confused, didn’t know whether his daughter was inside or not, so he kept on trying her phone lines, all to no avail.

After reaching his patience limit, he called on a carpenter in the area to force the door open and then everyone was horrified — her daughter laid in her own blood, a pillow case covering her face and her body already swollen.

Someone had murdered her in cold blood when she was sleeping and had taken her two mobile phones away.

According to an eyewitness who spoke on condition on anonymity, the death of Yemisi Tiamiyu, a 27-year-old University of Lagos graduate, is still one of the most mysterious events the source had ever witnessed.

“It is still a mystery to me up till now because Yemisi was an easygoing lady who could never have offended anybody,” the source said. “I saw her last on Thursday and we greeted before she went to sleep. When I didn’t see her on Friday, I thought she went to work early, which was strange, only for us to find her on Saturday murdered when her door was forced open on the order of her father.”


What could have led to her murder?

The source said no one had yet to find out, but that she was seen on the day before she was murdered shouting at a guy on the phone.

“I overheard her shouting at a guy, I think it’s her boyfriend, on the phone. Both of them were involved in a heated argument and she was uttering the words: ‘Leave me alone. Leave me alone. I don’t want you in my life again.’ I even told her to take it easy with him and asked what the argument was all about, but she didn’t say anything. She was a conservative lady, she didn’t talk much to people.

“She told me not to worry, that she would sort out everything. That was on Thursday evening. She must have been murdered in the early hours of Friday and there is suspicion she was killed by the guy. It is very painful what the murderer did to a very beautiful lady like Yemisi.”

One would expect that this atrocity would have generated an outrage and a cry for justice by the family, the school where she taught, the residents and the community, but the reverse is the case.

In fact, the source who spoke to our correspondent said everyone — including her family — had been trying to let the situation lie low.

“They strictly warned us never to let the incident leak out. But how could I, as a human being, keep quiet when a fellow human being was murdered in a mysterious circumstance? What is the family hiding? Why is everyone keeping quiet over this issue?” the source bemoaned.

Asked if the source had ever seen the guy with Tiamiyu before, the source said,

“I have never seen him before, so I don’t know how he looks.”

Wanting to let the incident ‘die’ was clearly evident when our correspondent visited the deceased’s apartment on 24, Unity Crescent, Abule Oko.

The unpainted house sits idly between two uncompleted buildings, locked up. Everywhere was quiet, except for the chattering of some neighbours.

“We don’t want to talk about this issue and we are not going to. Whoever informed you of this incident should also tell you who killed Yemisi. There is an order to that effect, even by her father and the rest of the family. We don’t know the murderer; we have never seen him,” one of them spoke harshly to our correspondent.

The school where the deceased taught, Tobbles Primary and Secondary School, a few metres from her apartment, had also been warned by the family and the community not to say anything about the incident, but the administrator of the school, simply Kolawole, had no choice but to say a few things about the incident when it was clear to him that the incident could no longer be kept secret.

“She was one of our staff members and she had not spent up to a year here when the incident happened. I saw her last on Thursday before the incident occurred. I was going round for supervision and when I got to the staffroom where the teachers were, I saw her. I was cracking jokes with them before I left. She taught the secondary classes and she was hardworking. On Friday when I was carrying out another supervision, as I do every day, I didn’t see her, so I asked her colleagues, ‘Where is Yemisi?’ They said they had not seen her and had they had been trying to call her, but her numbers were not going through.

“Every Friday, I learned she usually went to her parents’ house at Oshodi. But on this fateful day, we didn’t see her and the only means we could contact her was through her phone lines. I didn’t call her, but all her colleagues were calling her, but her lines were not going through. I was in the church on Sunday around 12 noon when my boss called me that somebody called him that Yemisi was found dead. I screamed, ‘What happened to her?’ I asked. It was strange and I couldn’t concentrate again in the church service as a pastor. In fact, the people around me saw that I had lost my mind. They were wondering what happened to me. It’s like you are flowing and then you suddenly lose focus.

“This was a lady in her prime years and that day, I had to leave Lambe, where my church is, and had to get to her residence. When I got there, the house had been shut. I saw some people coming out in mourning.”

On the type of person Ms Tiamiyu was, Kolawole said,

“She was very cool a lady, easygoing. She didn’t talk much. She was not troublesome. She was an introvert and a formal type of person. Very conservative. So it was strange when we heard what happened to her. We mourned her for a week here. All activities were suspended. The situation got everyone moody.”

The leader of the community, simply called Baba Lati, was not around when our correspondent visited the area on Thursday, but on learning about the purpose of the visit, he screamed on the phone,

“Who told you that? Where did you get your information from? Don’t come and cause problem and confusion for us in this community. Even the father of the deceased has stated categorically that he doesn’t want to let this matter leak. Go away!”

When our correspondent visited the deceased’s Facebook page, she had in time past been sharing tips on relationship and men.

On July 15, 2015, she posted, “If you lose your mind because someone says he or she doesn’t love you, what will happen when you eventually meet the person who loves you? Always value yourself.”

On January 11, 2013, she shared, “Men who beat their wives are heartless and will never change because heart transplant is very expensive.”

On November 6, 2012, she wrote, “If a guy cannot love you for who you are, what will happen when you start giving birth? When a guy loves you only because of your stature, watch it.”

A few of her friends also expressed shock at her death.

“I can’t believe you are gone, still shocks me,” her friend, Teniola Adesanya, wrote, while another, Omoniarami Asanikehinde, simply said, “Rest in peace, dear.”

Up till now, Tiamiyu’s killer has yet to be found.

The Ogun State police spokesperson Muyiwa Adejobi said the command had yet to learn of the incident until our correspondent brought it to the command’s notice. 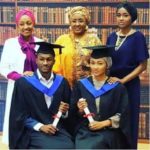 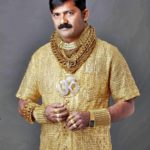