Experts have disclosed in a new study that consuming just one energy drink, narrows blood vessels – which can restrict the flow of blood to vital organs and increases the risk of heart attack and stroke in 90 minutes.

Researchers looked for 44 students in their 20s from the McGovern Medical School at UTHealth who are classed as ‘healthy’ non-smokers.

They tested the function of the participant’s endothelium, the layer of cells lining the surface of blood vessels – before each of them drank a 24-ounce energy drink, before being tested again 90 minutes later. Within that time, the internal diameter of blood vessels had, on average, been decreased by nearly half.

The dysfunction of which has been shown to be an indicator of heart attacks as arteries aren’t able to fully dilate.

Dr John Higgins, a professor of medicine at the McGovern School, said:

“As energy drinks are becoming more and more popular, it is important to study the effects of these drinks on those who frequently drink them and better determine what, if any, is a safe consumption pattern.”

Other past studies have also explored the effects of energy drinks on young people.

In one study from the University of Waterloo in Ontario, researchers found that 55% of 12 to 24-year-olds surveyed reported suffering conditions such as vomiting, chest pains and even seizures after having the drinks.

“Most risk assessments to date have used coffee as a reference for estimating the health effects of energy drinks, however, it is clear these products pose a greater health risk.

“The health effects from energy [drinks] could be due to different ingredients than coffee, or the ways in which they are consumed, including with alcohol or during physical activity.”

TV chef Jamie Oliver has also been very vocal about the potential risks of energy drinks – having campaigned for children to be banned from buying the products. Earlier this year, he told the Mirror:

“We have a massive problem with kids and energy drinks.

“Too many children are regularly using them to replace breakfast. Teachers from across the country have told me how their lessons are disrupted in classrooms because of these drinks, packed with stimulants.

“The energy drinks industry has never thought these products were suitable for children.

“They even say ‘not for children’ on the labels! The sale to kids should be stopped as soon as possible.

“It’s really great news that the government is announcing their intention to stop selling these drinks to kids.

“I’m sure parents and health experts across the UK will happily tell the government this is the right thing to do.” 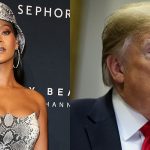 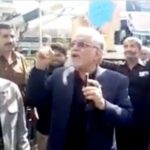