Prison claims 22-year-old Togolese Cook, Sunday Adefonou Anani, who was alleged to have murdered his boss, Opeyemi Badamosi is not dead, he’s is still alive, but no life evidence.

Yesterday, We reported that Anani was reported death in prison custody. His counsel was told of his death yesterday morning.

According to Oladokun, Anani is very much alive, but gave no solid proof of life.

During a telephone chat with Punch Metro, Oladokun said:

“I have confirmed that he is in the prison and he is doing fine. There is nothing wrong with him.”

If alive, Anani is still expected to answer to the one count of murder he was charged with before an Igbosere Magistrate’s Court for stabbing his boss with a knife in the residence of Chief Opeyemi Bademosi at Onikoyi Lane, Parkview Estate, Ikoyi, on Wednesday, three days after he was employed. Read the report HERE. 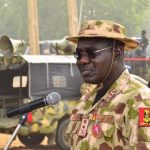 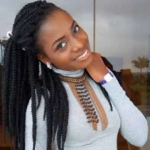