The Presidential Candidate of the Peoples Democratic Party (PDP), Atiku Abubakar, has promised to revive the economy of the country to what it was between 2011 and 2015, if elected president.

While addressing party members and supporters at a rally to launch his presidential campaign in Ilorin, on Wednesday, November 5, 2018, Atiku said that the nation’s economy was rated the biggest in Africa and third fastest growing economy in the world during former President Goodluck Jonathan’s regime, so he vowed to revive the economy back to that time.

He also promised to tackle security challenges in the country, particularly in the North-East.

He called on the people of Kwara and other states in the zone to vote for him during the forthcoming polls to enable him to implement his programmes.

The National Chairman of the party, Prince Uche Secondus, in his address, called on Nigerians to massively vote for the presidential candidate of the party. 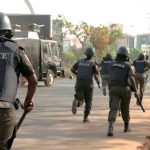 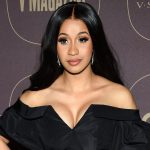