Controversial Senator representing Kogi West in the National Assembly, Dino Melaye, has opened up about this health condition from his hospital bed at the Police Hospital in Garki, Abuja.

Dino Melaye slumped on last week Friday in front of the waiting police team following his surrender to the Nigerian Police who laid siege in his house for eight days.

The embattled senator was supposed to make an appearance in a Lokoja court over charges of criminal conspiracy and attempted culpable homicide.

However, Melaye said his blood pressure is high and he feels dizzy when the police visited him. In the video, the senator was seen struggling to speak loud as he needed someone to amplify his statements.

The police visited him with the intention to discharge him and take him to court to answer to the attempted murder case filed against him. 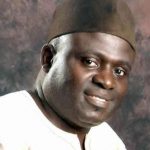 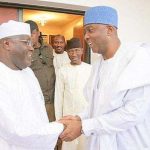