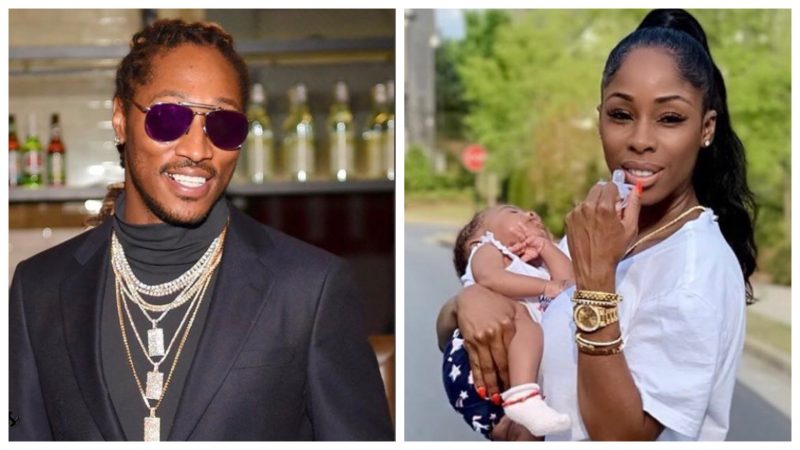 Eliza Reign, the alleged 7th baby mama of Future, has implied that the rapper was a deadbeat and refuses to admit he fathered her daughter.

Instagram model, Eliza Reign had claimed that Future is the father of her child. She subsequently slammed the rapper with a child support lawsuit, blasting him for not contributing to their daughter’s welfare.

Future hasn’t spoken publicly about the controversy, however, he did take to his Instagram Story to express surprise that the alleged daughter, Reign Wilburn, has already been given his last name “Wilburn.”

When Eliza caught wind of the IG Story, she took to her page to share a few shots of her own:

She then called out Future for posting subliminal messages to her on social media.

She then referenced Future being spotted with another baby mama, Joie Chavis, on vacation and allegedly giving her a watch.

“I don’t give a f*** about none of the baby mamas, I’m not the jealous type. But you’re not gonna sit there and try me. Do what you’re supposed to do. Simple as that. You’re dodging, you’re playing games, and then you’re throwing subs. F*** you, and whoever condone that. Period.”

Jaruma Deletes Video Of Herself Promising Tacha N50 Million, Unfollows Each Other On IG