All Progressives Congres (APC) has reacted to a revelation by Atiku Abubakar, a former vice president, on how the economy can be diversified. 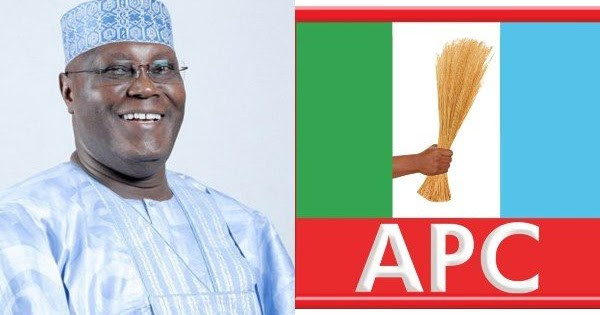 KanyiDaily recalls that Atiku had published an article titled “How to Pull Nigeria From The Brink”, where he urged Nigeria to diversify its economy in order to pull the nation from the brink.

Atiku faulted some of the economic policies of the President Muhammadu Buhari-led government describing the decision to close the nation’s borders with neighbouring African countries as “insane.”

The former president warned that by taking more loans, the current government will just sink the country deeper and deeper into a quagmire because Nigeria is at the lowest point it have ever been as a nation.

Reacting the former vice president’s suggestions, the ruling party said it welcomes his opinion and also thanked him for it.

APC, however, expressed surprised that Atiku failed to acknowledge the efforts that Buhari administration has made in the last five years towards diversification of the economy and the many positive gains the country has recorded.

The party lamented that Nigeria’s economy got worse during his tenure with Olusegun Obasanjo when the international oil price was stable.

“Atiku Abubakar had eight years as a powerful vice-president and chairman of the National Council on Privatisation with vantage opportunity to lead the country away from its dependence on oil.

“How Nigeria got worse even when international oil prices were stable and high are matters Atiku Abubakar may still need to address in the future.”

According to the statement, it is worrisome that it took Atiku 13 years after leaving office to realise that the government under which he served as the vice-president was short-sighted for its failure to faithfully diversify the Nigerian economy.

The APC said as far back as 2016, the Buhari regime took practical steps to diversify the nation’s economy, especially in its area of comparative advantage, which is agriculture.

Towards this end, it said the regime launched the Anchor Borrowers Programme, an intervention policy primarily aimed at giving farmers access to finance.

This, it explained, entails the provision of credit for financing the production of rice, wheat, ginger, maize and soybeans in many states of the federation, adding that the policy driven by the Central Bank of Nigeria had provided hundreds of billions of naira for rice farming, cultivation and milling in the last four years.

It said few years down the line, Nigeria is now rated the highest producer of rice in Africa, producing over seven million tonnes per annum.

“Just late last year, the APC-led government, through the CBN, also made available huge funds to our cotton farmers, a move geared towards reviving our moribund textile factories, thereby creating millions of direct and indirect jobs.

“Also, as part of the efforts of the President Buhari-led administration to boost agriculture is the massive successes recorded in the local production of fertiliser. This was one policy personally driven by the President and which has received applause from even his most virulent critics.

“This policy, which is built on a partnership between Nigeria and the Kingdom of Morocco, has led to the resuscitation of 11 blending plants producing about 1.3million tonnes of fertiliser, creation of over 50,000 direct and 150,000 indirect jobs, in addition to farmers having timely access to the product at an affordable price.

“The contribution of agriculture to the overall Gross Domestic Product has consistently been on the increase and it is being captured by the National Bureau of Statistics in the last four years.

“Most heart-warming is the fact that the private sector is keying into the President Buhari’s agenda. An example is the Dangote Group’s ongoing test running of its $2bn fertiliser plant, which would make Nigeria meet all its domestic demand and also make our country a net exporter of fertiliser.”

The APC further said the former Vice-President might wish to know that the policy he labelled “insane” had “led to a significant spike in rice production across the country, opening up of hundreds of rice mills, indigenous manufacturing firms are sourcing their raw materials locally, boom in poultry farming, with Nigerians now patronising locally made food items like never before and, in the process, boosting the income of farmers and local producers.”

“It is heart-warming to know we are coping well as the coronavirus pandemic and the resultant lockdowns are testing our country’s capacity to feed itself.

“We have been able to meet the pandemics induced surge in the demand for foods only because the APC administration has been implementing policies targeted at expanding the capacity of our farmers and the other players in the allied industries,” APC added. 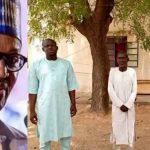