President Donald Trump has made history by appointing General Charles Brown as the first ever African-American Service Chief in the Military of the United States. 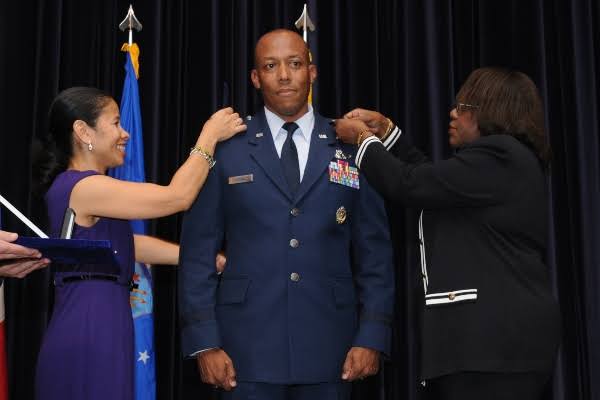 The Senate on Tuesday, June 9, 2020, confirmed Trump’s nomination of General Charles Brown as Chief of Staff of the US Airforce in historic 98-0 vote, making him the first black American to ever lead one of the Pentagon’s six armed services.

President Trump, who nominated Brown in March to replace General David Goldfein who is retiring, hailed the black general in a statement via his Twitter page.

“My decision to appoint @usairforce General Charles Brown as the USA’s first-ever African American military service chief has now been approved by the Senate.

“A historic day for America! Excited to work even more closely with Gen. Brown, who is a Patriot and Great Leader!, ” he wrote.

The decision comes in the wake of the nationwide protests over police brutality and racial injustice following the killing of a black American man, George Floyd, by white police officers in Minneapolis.

Shortly before his confirmation, General Brown released an emotional video saying he felt a lot of emotion for African Americans who have experienced the same fate as George Floyd.

“I’m thinking about how full I am with emotion, not just for George Floyd but for the many African Americans that have suffered the same fate as George Floyd,” Brown said.

“I’m thinking about a history of racial issues and my own experiences that didn’t always sing of liberty and equality.

“I’m thinking about wearing the same flight suit, with the same wings on my chest as my peers, and then being questioned by another military member: ‘Are you a pilot?'” Brown said.

He added: “I’m thinking about being a captain at the [officers] club with my squadron and being told by other African Americans that I wasn’t black enough since I was spending more time with my squadron than with them.”

Women Arrested For Stealing 2-Year-Old Niece From Rivers, In Order To Sell Him In Imo State