The Peoples Democratic Party (PDP) have kicked against the defection of the senator representing Adamawa North, Elisha Abbo, to the All Progressives Congress (APC). 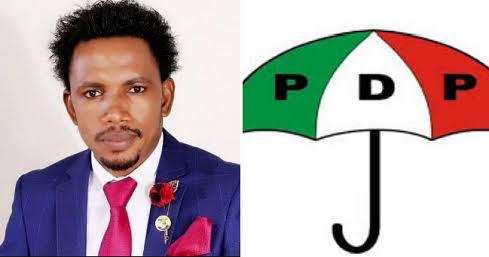 KanyiDaily recalls that Senator Abbo had on Tuesday defected to the APC, saaying his action was because of the mismanagement of the PDP in Adamawa state by Governor Umaru Fintiri.

The Adamawa lawmaker said he’s joined the ruling APC “to build the Nigeria of our dreams” with President Muhammadu Buhari.

Reacting to the development in a statement, PDP National Publicity Secretary, Kola Ologbondiyan said Senator Abbo should be ready to vacate his seat in the Senate, noting that the constitution is clear on such defections.

The opposition party said it will not allow Senator Abbo to run away with its mandate, adding that it would take immediate steps to ensure the senator does not remain in the upper legislative chamber.

“He is fully aware of the constitutional implication of his decision to defect to another party; which is that he cannot continue to occupy the seat of the PDP in the Senate.

“The place of any Senator who changed parties except on the grounds provided by the Constitution is very clear and the PDP will not allow Senator Abbo to run away with our mandate. It is impossible.”

PDP further said that the PDP had already commenced processes for his replacement with a credible, stable and acceptable person, to take over his seat in the Senate.

However, the lawmaker filed a notice of appeal, insisting that the sex-toy-shop incident was merely an “alleged tort of simple assault” and not torture or inhuman treatment. 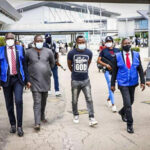 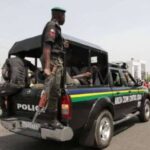