A 25-year-old Nigerian man, Oluwamayowa Akinola, has been declared wanted by the Metropolitan Police in the United Kingdom. 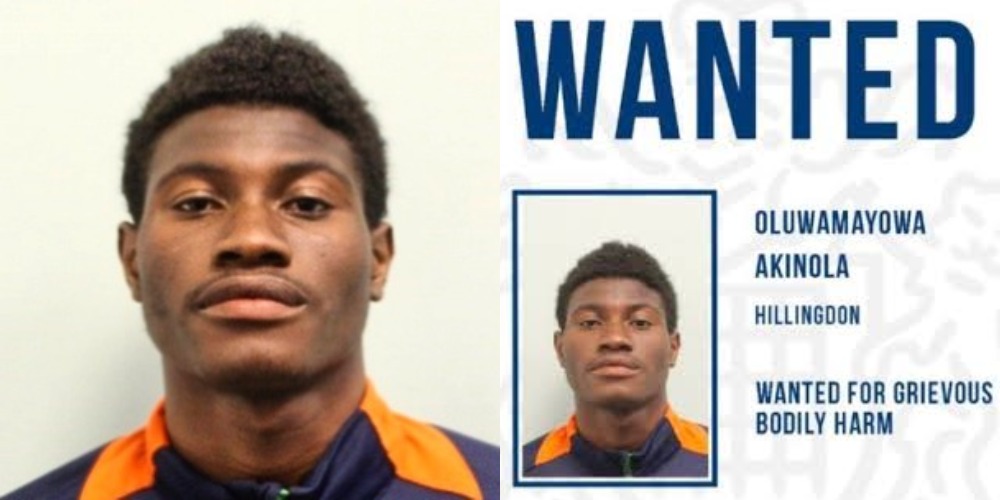 In a statement on its website, the police said the suspect is wanted for grievous bodily harm after he failed to appear at Uxbridge Magistrates’ Court in relation to the serious assault which took place in June 2019 at Brunel University, in Hillingdon.

Akinola was declared wanted along with 11 other violent offenders in the hope that the public would inform the authorities of their whereabouts.

The police said the suspects were classed as ‘high harm’ as they are either wanted in connection with violent offences or known to have a violent background.

Oluwamayowa Akinola is wanted in relation to a serious assault at #BrunelUniversity in June 2019.

Do you have information on where he might be?

KanyiDaily had also reported how a UK based-Nigerian rapper, Olawale Hassan, popularly known as Goldie 1, was sentenced to 10 years in prison for raping a woman inside his car after meeting her in a nightclub in Southend.

READ:  26-Year-Old Man Arrested For Threatening To Kill His Mother For No Just Reason In Nasarawa