Meghan Markle, the Duchess of Sussex and the wife of Prince Harry, has accused the British royal family of racism over the skin colour of their son, Archie. 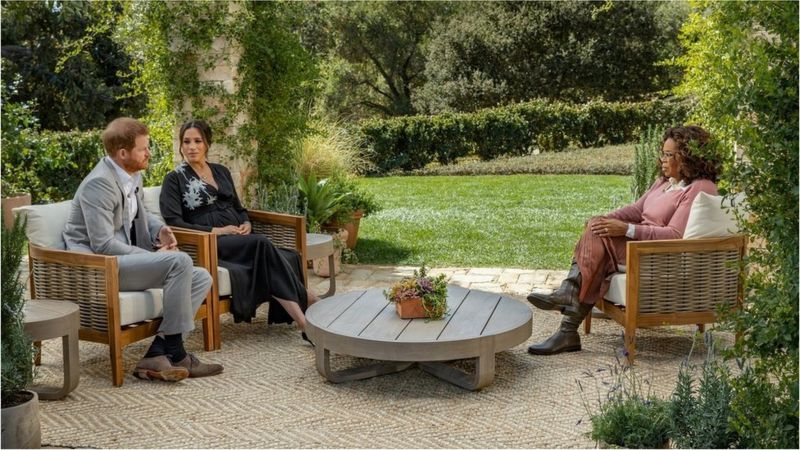 During an interview with Oprah Winfrey aired on CBS late on Sunday, Markle said there were concerns about how dark her son Archie’s skin would be before his birth and that such worries explained why he was not given the title of prince.

Markle, whose mother is Black and father is white, said her husband Prince Harry revealed his family’s concerns over Archie’s skin tone ahead of his birth on May 6, 2019.

Meghan declined to say who had this conversation with Harry that he relayed to her, saying revealing their name would be “very damaging”.

“They didn’t want him to be a prince or princess, not knowing what the gender would be, which would be different from protocol, and that he wasn’t going to receive security,” Markle said.

“In those months when I was pregnant, all around this same time, so we have in tandem the conversation of, ‘you won’t be given security, not gonna be given a title’ and also concerns and conversations about how dark his skin might be when he’s born.”

Meghan said she grew concerned about her son not having a royal title because it meant he wouldn’t be provided security.

Meghan said digesting everything while pregnant was “very hard”. More than the “prince” title, she was the most concerned about her son’s safety and protection.

“He needs to be safe,” a teary-eyed Meghan recalled. “We’re not saying don’t make him a prince or princess, whatever it’s going to be.

“But if you’re saying the title is going to affect their protection, we haven’t created this monster machine around us in terms of click bait and tabloid fodder. You’ve allowed that to happen, which means our son needs to be safe.”

Markle said she was naive before she married into the British royal family in 2018, but that she ended up having suicidal thoughts and considering self-harm after asking for help but getting none.

She told Oprah Winfrey that she had suicidal thoughts during her pregnancy, after months of bullying from the press and being barred from leaving the house.

Meghan said that she “just didn’t see a solution” to the mental suffering she had experienced since joining the royal family and that she told Prince Harry she “didn’t want to be alive anymore.”

“I was ashamed to admit it at the time, especially as how much loss [Harry’s] suffered, I just didn’t want to be alive anymore. That was a very clear and real and frightening constant thought,” she said.

READ:  BBNaija Tega Mourns Dad On Father’s Day, Says He Would Have Disowned Her [Video]

Meghan answered: “Yes, this was very clear and very scary. I didn’t know who to reach out to.”

She said she went to a senior royal staffer and said she needed to get help for her mental health, but was told it would be bad for the family if she did.

Markel also said she asked ‘the institution’ for help, but says they refused to let her have psychiatric treatment.

“I thought it [suicide] would solve everything for everyone. I went to Human Resources but they said: “There is nothing we can do to help you because you are not a paid member of the institution.” Nothing was ever done,” she explained.

She described the moment as a breaking point leading to her and Harry stepping aside from their royal duties, and moving to United States.

Meghan said she “wasn’t planning to say anything shocking” during the interview, “I’m just telling you what happened.”

Meghan told Oprah Winfrey that she realized soon after marrying Prince Harry that she learned that the institution of the royal family would not protect her.

In response to a question from Winfrey, Prince Harry said he wouldn’t have left royal life if not for his wife. He said their relationship revealed the strictures of royal life.

“I wouldn’t have been able to, because I myself was trapped,” Harry said. “I didn’t see a way out.

“I was trapped, but I didn’t know I was trapped,” Harry said, before adding, “My father and my brother, they are trapped.”

Harry acknowledged that he does not have a close relationship presently with his brother William, who is heir to the throne after their father, Prince Charles.

Harry disputed rumours that he intentionally blindsided his grandmother, Queen Elizabeth II, saying he had too much respect for her.

“I’ve never blindsided my grandmother,” he said. “I have too much respect for her.

Asked why Charles had stopped taking his calls, Harry said:

“By that point, I took matters into my own hands, it was like, I needed to do this for my family. This is not a surprise to anybody.

“It’s really sad that it’s got to this point, but I’ve got to do something for my own mental health, my wife’s and for Archie’s as well.”

Meghan, too, was complimentary toward the queen, despite saying at one point she realized some in the palace were willing to lie to “protect other members of the family.”
“The queen has always been wonderful to me,” Meghan said.

Prince Harry and Meghan Markle also revealed that they are expecting a baby girl, as their second child since their marriage nearly three years ago.

Watch the shocking moments in the interview below:

KanyiDaily recalls that Prince Harry and Meghan Markle had welcomed their first child Archie Harrison in 2019, and the boy who is seventh in line to the throne, will turn two in May. 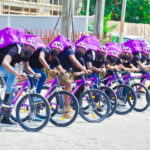 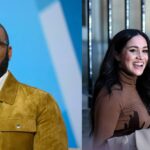