The leader Of INRI Evangelical Spiritual Church, Primate Elijah Ayodele has claimed that he saw another military aircraft that is about to crash in Nigeria. 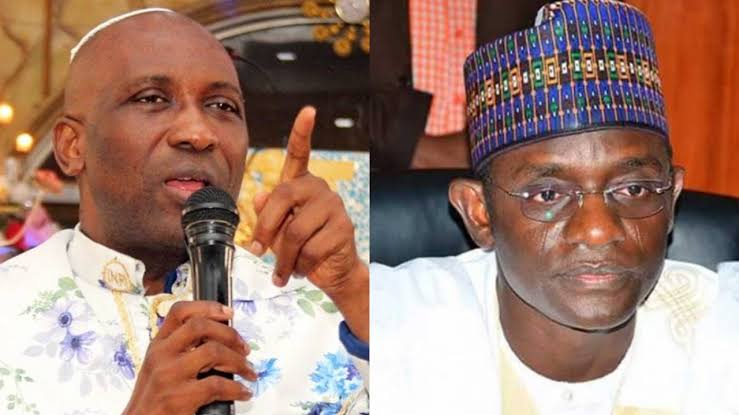 This comes following the death of Chief of Army Staff, Ibrahim Attahiru, who died in a plane crash along with 10 other military officers, while on an official trip to Kaduna on Friday, May 21, 2021.

During a live service on Sunday, Primate Ayodele asked Nigerians to pray against another military plane crash that will claim the lives of some important personalities.

He also called on Yobe State Governor, Mai Mala Buni, not to travel in October by air with his team on the same aircraft because he foresees danger happening.

READ:  Wife Forces Her Husband’s Lover To Do Housework After Catching Them Together

‘’I see another Military aircraft that is about to crash, we need prayers to avert this from happening, only God can save us from this in Nigeria, Let’s continue praying to God, there is nothing God can’t do.

‘’The governor of Yobe State, Mala Buni, who is also the interim chairman of the APC should avoid flying by air on the 2nd and 3rd Of October, 2021 with his reconciliation team on the same aircraft.

“What I see is dangerous. Let them yield to this warning. I also want to advise the aviation industry to ensure all aircrafts are in good conditions before approving them to operate in Nigeria.Do all the necessary checks to avoid sad happenings.’’

Meanwhile, Ebonyi State Governor, David Umahi has called for immediate investigation into the death of General Attahiru and ten other military officers who lost their lives in a plane crash in Kaduna.