Akwa Ibom State Police Command has arrested a Nigerian soldier for allegedly killing a businessman who gave him a lift in Ikot Abasi Local government area of the state. 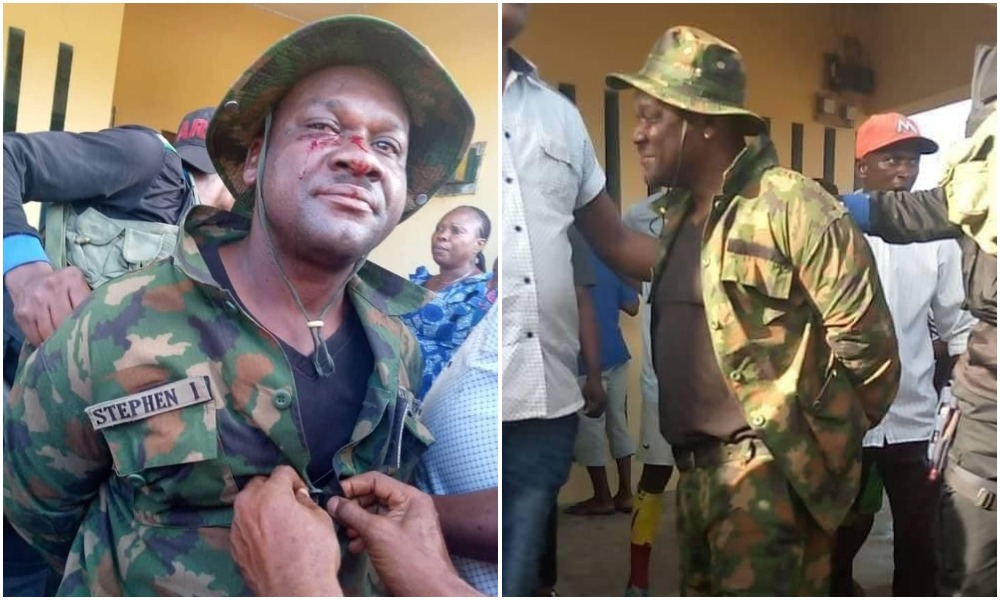 It was gathered that the army officer had met the businessman at Eleme Junction in Port Harcourt, Rivers State and begged him for a ride to Ikot Abasi, Akwa Ibom State.

The army officer was said to have killed the businessman along the way and dispossessed him of his vehicle after giving him abride on Sunday, May 23.

A source told The Nation that the suspected army officer was tracked and arrested at Ukanafun LGA on Tuesday, May 25, and the vehicle including a rifle were recovered from him.

“The incident happened on Sunday; a motorist offered a serving army officer a ride in his vehicle, not knowing that he was going to kill him. They got to place, the army officer attacked and killed him and after killing him dumped his corpse by the way side,” the source said.

READ:  PHOTO Of The Day

“The attention of the police was drawn to the scene and they swoopped into action and recovered the corpse and later deposited it at the mortuary for preservation.

“On Monday, the deceased relatives came to the police in Ikot Abasi for assistance. Fortunately, the vehicle had a tracking device, so the police assisted them in tracking the vehicle.

“They tracked the car to Ukanafun LGA, where they surrounded the place and arrested the armed officer, recovered the vehicle, and an AK-47 rifle from him,” the source added.

When contacted, the spokesperson of the command, Odiko Macdon, confirmed the incident, adding that the police is still trying to confirm the Identity of the person involved.

“The matter is still under investigation, we are trying to get report and determine the Identity of the person involved,” he added. 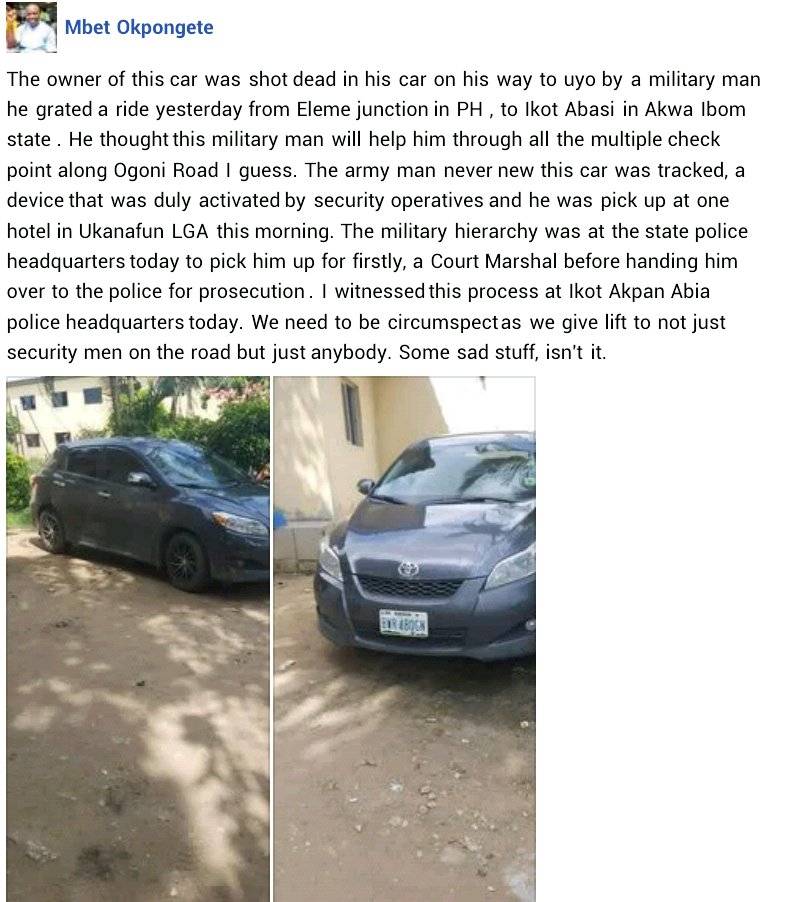 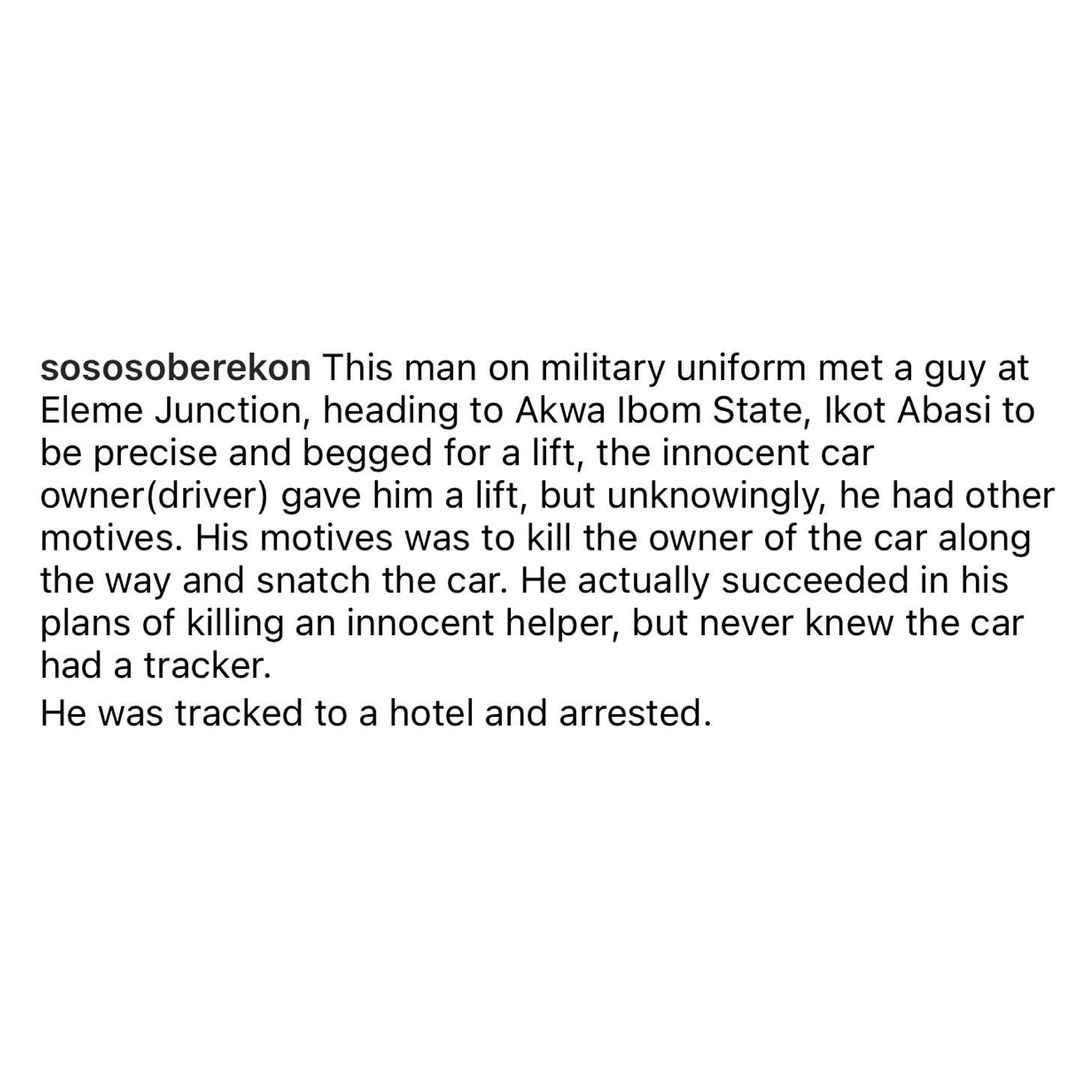 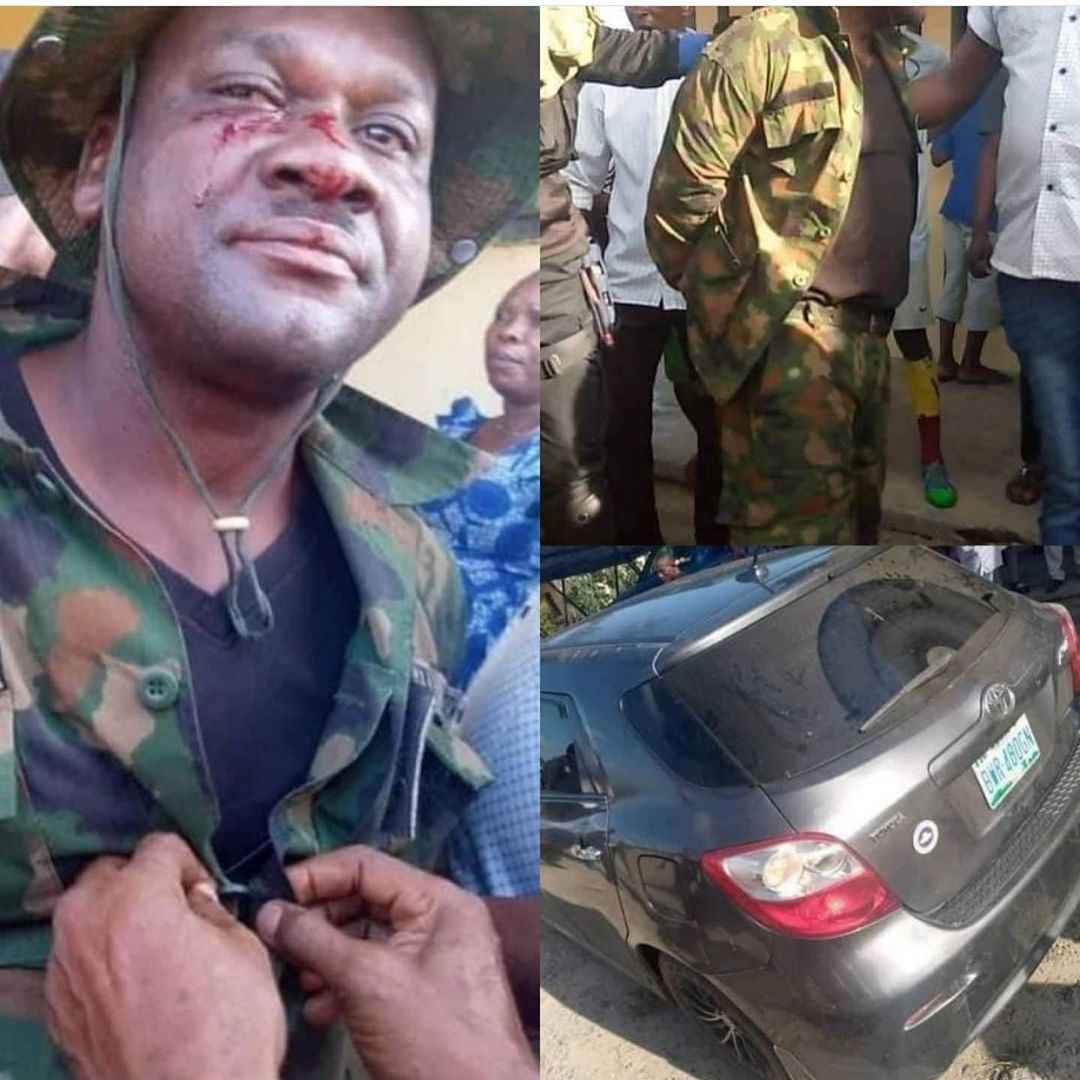 KanyiDaily had also reported how a fruit vendor was recently shot dead by a Nigerian soldier because he refused to give him a free bunch of banana in Zamfara State.

Man Gifts His Wife Rolls Royce, Lamborghini, Other Packages For Her Birthday [Photos/Video]