The Economic and Financial Crimes Commission (EFCC) has arrested a 30-year-old man, Fidelis Poor, who is part of a syndicate that allegedly defrauded Idris Abubakar, the Emir of Okuta in Kwara State. 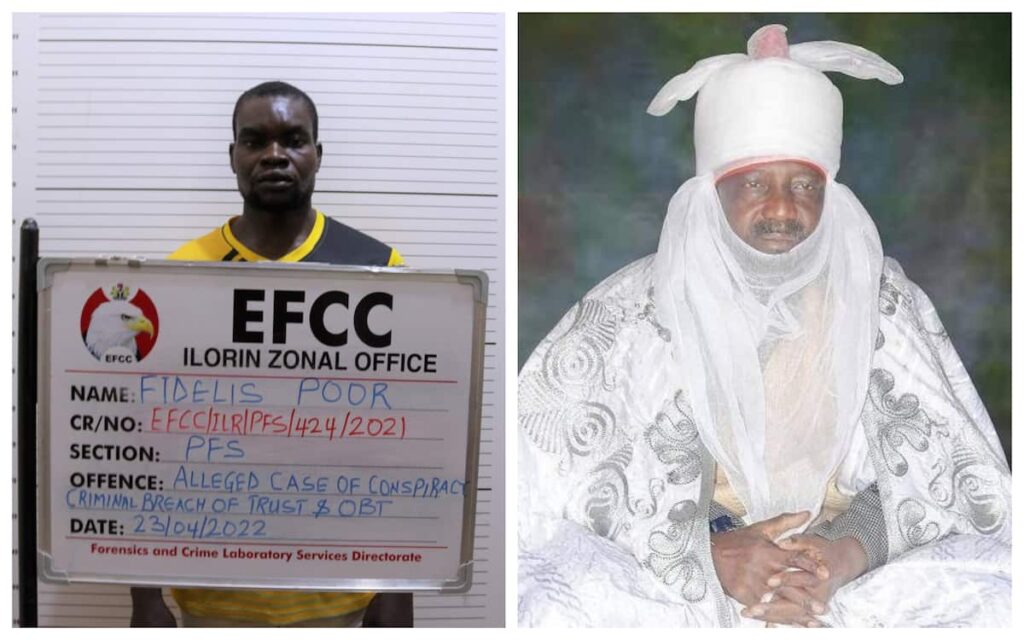 The EFCC spokesman, Wilson Uwujaren, in a statement on Monday, said the suspect allegedly conspired with his syndicate to defraud the traditional ruler to the tune of N33,399,999.00.

Uwajaren said that the suspect convinced the traditional ruler that he had a container of goods meant to be used for the development of Okuta community due to be cleared at Nnamdi Azikwe International Airport in Abuja.

The suspect was said to have told the emir, a former member of representatives, that the container was awaiting clearance in Abuja, and asked the traditional ruler to pay some money to secure the release of the container.

The statement reads, “The Ilorin Zonal Command of the EFCC has arrested one Fidelis Poor, a member of a syndicate who allegedly connived to defraud a first class traditional ruler in Kwara State, His Royal Highness, Idris Sero Abubakar, to the tune of N33,399,999.

“Poor, 30, who hails from Stwue in Konshisha Local Government Area of Benue State, alongside other suspects (still at large) allegedly conspired to swindle the monarch on the guise that he had a container of goods meant to be used for the development of Okuta Community due be cleared at Nnamdi Azikwe International Airport in Abuja.

“In a petition dated November 30, 2021, HRH Abubakar, who is the Emir of Okuta in Baruten Local Government Area of Kwara State and a former member of the House of Representatives, alleged that a group of fraudsters who operate as syndicate called him on phone sometime last year that he had a container to clear in Abuja and requested for the said amount for clearance.”

“The caller requested for the said amount of money to clear the container at the airport. He provided different accounts for the Emir to pay the money into, one of which included that of Fidelis Poor.”

Uwajuren added that the emir was later asked to contact one “Evangelist Rosemary” for handing over of the container, but all efforts made by the traditional ruler to get the goods or get his money back were ineffective.

“The commission, upon the receipt of the petition, commenced discreet investigation into the matter, which led to the suspect’s arrest,” Uwujarem said.

He added that the suspect would be arraigned at the end of the investigation, adding that efforts are ongoing to arrest other members of the syndicate.

KanyiDaily had also reported how a man was arrested for impersonating Akwa Ibom commissioner and defrauding unsuspecting women by offering them fake jobs after having sex with them. 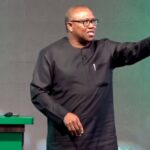