Esther Benyeogo has become the latest music star to win the sixth edition of the international talent show, The Voice Nigeria season 3. 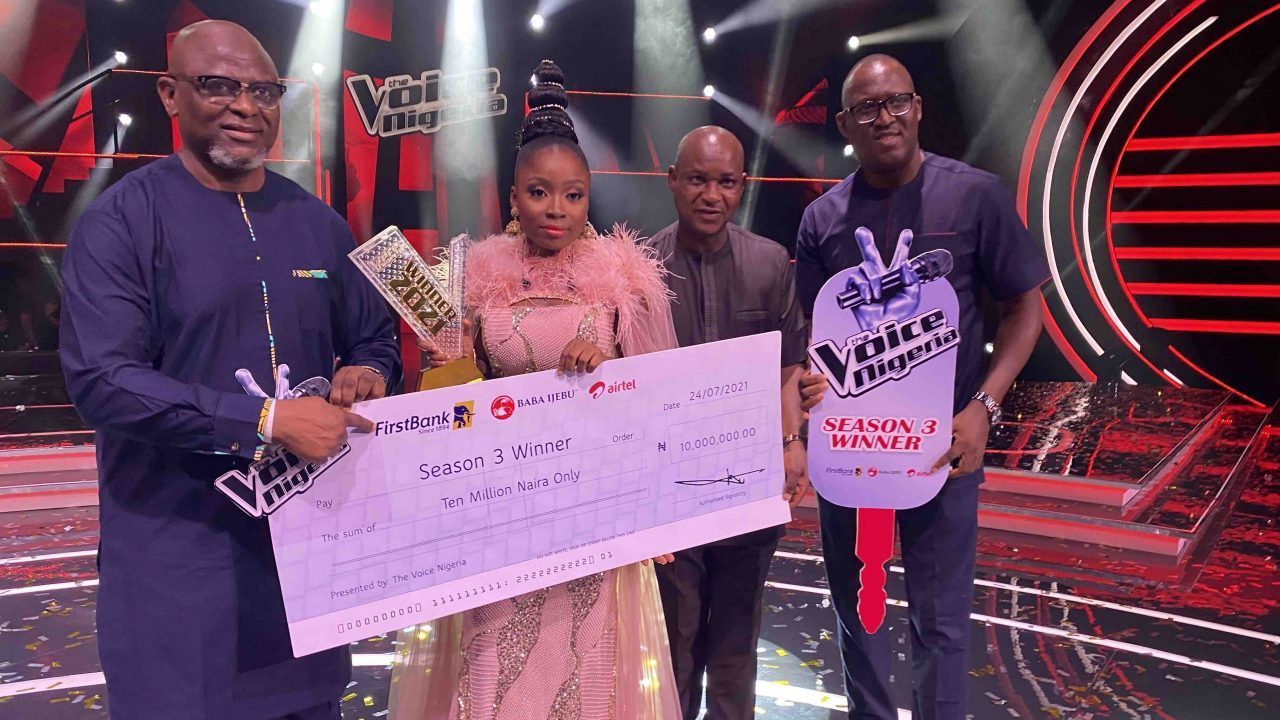 She gained the highest number of votes to beat out Naomi Mac, Esther, Dapo, Kitah, Kpee and Eazzie who scaled through to the final stage out of the 25 talents who started the contest.

Esther, a graduate of University of Benin (UNIBEN), was announced as the winner of the talent show on Saturday, 24 July 2021, after 18 weeks of breathtaking performances.

The Delta state born walked home with the coveted prizes including a cash reward of 10 Million Naira, an SUV, and a recording contract from Universal Music Group.

Speaking on her win, Esther stated: “I am grateful to The Voice Nigeria and my fans out there for this amazing experience. It has been my utmost joy to come on your screens every week and share my gift on such a huge platform.

“This win is even more special for me because it is one thing to know you have a gift, but it means everything to be recognized for that gift. I must however give thanks to God without whom I would not be here today and also appreciate my family and friends for their love, support, and prayers.

“Of course, I am thankful to my Coach, Coach Darey, for making my time here truly rewarding, and for equipping me with the skills to give this my best shot.”

Esther Ebelechukwu Benyeogo was born 15 September 1997 to Dr. and Mrs. Kennedy Benyeogo. She is the last of six children raised in Asaba. Her parents are from Ika, also in Delta state.

Esther, born of a man and woman, considers herself a child of the Heavenly Kingdom. She is a devoted member of Christ Embassy Church and a choir member, known for her singing prowess.

Esther, influenced by her sisters, discovered her vocal gift at age 13 when neighbours would rather compliment the quality of her voice than complain about the noise.

She is a graduate of English and Literature from the University of Benin. Her mother Stella is a retired school principal while her father who passed away on 4th of March 2010 was a medical doctor.

Esther’s father’s death was devastating to her and the family but God’s divine grace has held them strong.  She is the last of six children.

As a member of Christ Embassy Church, Esther draws much inspiration from the Holy Spirit and teachings of Pastor Chris Oyakhilome for daily guidance in life.

“Her greatest music influence comes from Nigerian gospel artiste, Sinach who is also a worship leader in Esther’s church.

“I would love to work with these artists in the nearest future. People may say my dream is too big but I know with Christ, I can do all things and it is very possible for me”.

Esther Benyeogo Not A Stranger To Winning

At 19, she emerged winner in GOD’s Children’s Great Talent (GCGT) Season 7 on June 21, 2017, where she went home with a 250 million Naira management contract, 10 million Naira cash and a brand new Kia Rio.

Five years earlier in 2012, she was first runner-up in the Next Big Teen talent competition organized by Teens church of Christ Embassy.

When she won the GCGT prize, she was then just 19 years old and a 200 level major in English & Literature at the University of Benin.

She was featured on TY Bello’s spontaneous worship series ‘We Worship You’ in 2018. She is a member of Pastor Oyakhilome’s Christ Embassy and very vocal about her love for God.

Esther Benyeogo released her first EP named “Carry Me ” in 2020. The EP is within the Christian genre on Apple Music. 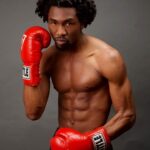 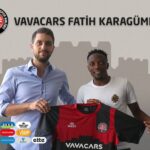