President Muhammadu Buhari has congratulated the Nigerian National Petroleum Corporation (NNPC) for recording a profit of N287 billion for the first time in its 44-year history.

In a statement by his media adviser, Femi Adesina on Thursday, Buhari announced that the NNPC for the first time in its 44-year history has declared a Profit After Tax (PAT) of N287 billion, about $698 million for the year 2020.

The president, who noted that the NNPC losses were reduced from N803 billion in 2018 to N1.7 billion in year 2019, said that the declaration was in fulfillment of his earlier pledge to publicly announce the financial position of the NNPC.

“I am pleased to announce the declaration of Profit after Tax of Two Hundred and Eighty Seven Billion Naira (N287 Billion) in Year 2020 by the Nigerian National Petroleum Corporation. This is sequel to the completion of the statutory Annual Audit exercise for Year 2020.

READ:  "Nobody Is Coming To Take Our Land In Ekiti" - Governor Fayemi Speaks On Ruga Settlement

“This development is consistent with this administration’s commitment to ensuring prudent management of resources and maximization of value for the Nigerian people from their natural resources.

“I have further directed the Nigerian National Petroleum Corporation to timely publish the Audited Financial statements in line with the requirements of the law and as follow up to our commitment to ensuring transparency and accountability by public institutions.

“I congratulate the Board, Management and Staff of the Corporation and look forward to greater value creation for the Nigerian people,” the statement read.

Meanwhile, the Federal Government is in talks with the Government of Niger Republic to establish an NNPC retail outlet in the neighbouring country.

READ:  Boko Haram Are Weakened, They No Longer Collect Taxes From People In North-East - Nigerian Army 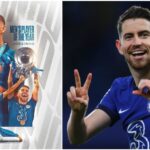 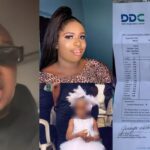