Controversial Nigerian crossdresser, Bobrisky has taken to social media to reveal that he owns a petrol station and he’s currently making payment of a hotel with N800 million in Lekki, Lagos State. 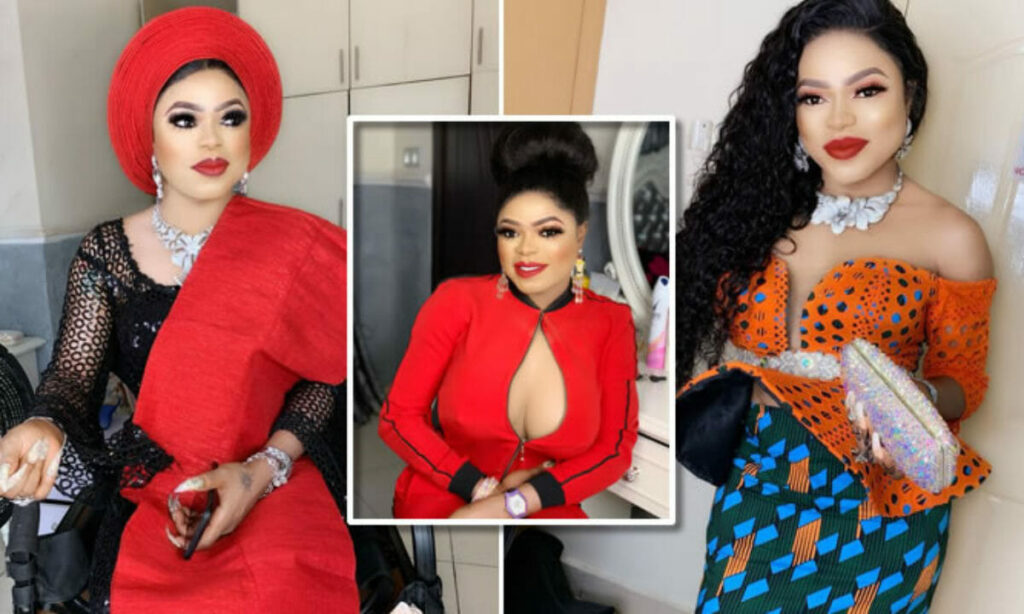 Bobrisky, who disclosed this on his Instagram page, said he owns a well-known petrol station in Lekki, but he’s keeping it secret because his lawyer warned him against disclosing the information to anyone.

The crossdresser also revealed that he is interested in buying a hotel that was put up for sale at the price of N800 million, but the property owner didn’t believe him until he paid the first installment of N230 million.

While sharing his purchase receipt of the hotel on social media, Bobrsiky said the more insults people rained at him is, the more he makes his money; hence people should keep insulting him while I turn it into cash.

He wrote, “I have a gas station popularly known as Petroleum station in Lekki. My lawyer ask me not to share this information with no one. It kept as a secret because we don’t want it known to the public yet. Many of you here in Lagos have bought fuel there.

‘The more you insult I get from people daily I turn it to money, in your mind you are laughing at me yeah? But I am turning it to money as the smart girl that I am

“There is this hotel they want to sell in Lekki phase 1 for eight hundred million, when I told the guy I want to buy it, the guy was shocked. I told them I want to spread the payment for three month d guy didn’t believe until I make first payment on the 11th”. 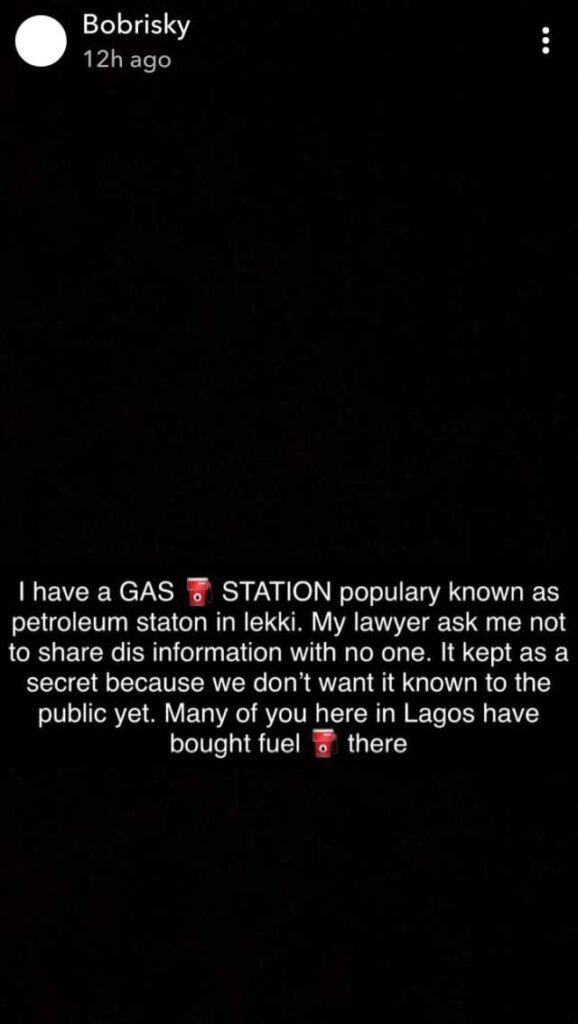 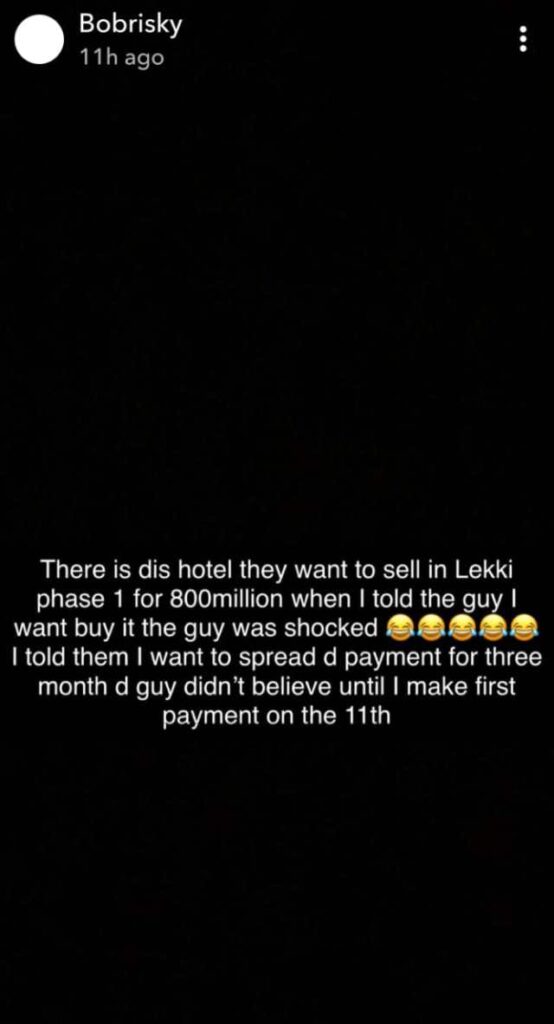 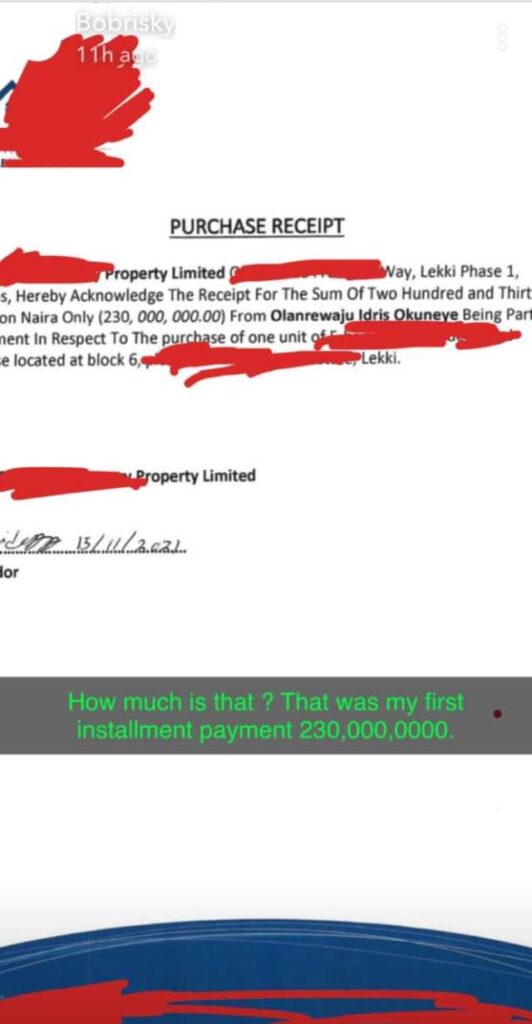 KanyiDaily recalls that Bobrisky had previously taken to social media to reveal that he’s an exclusive prostitute who sleeps with only billionaires.

READ:  World's Second Richest Man, Bill Gates Steps Down From Microsoft Board To Focus On Philanthropy