Popular Nigerian comedian, Basketmouth has revealed that he is ‘beefing’ Grammy-winning singer, Wizkid, because of his achievements. 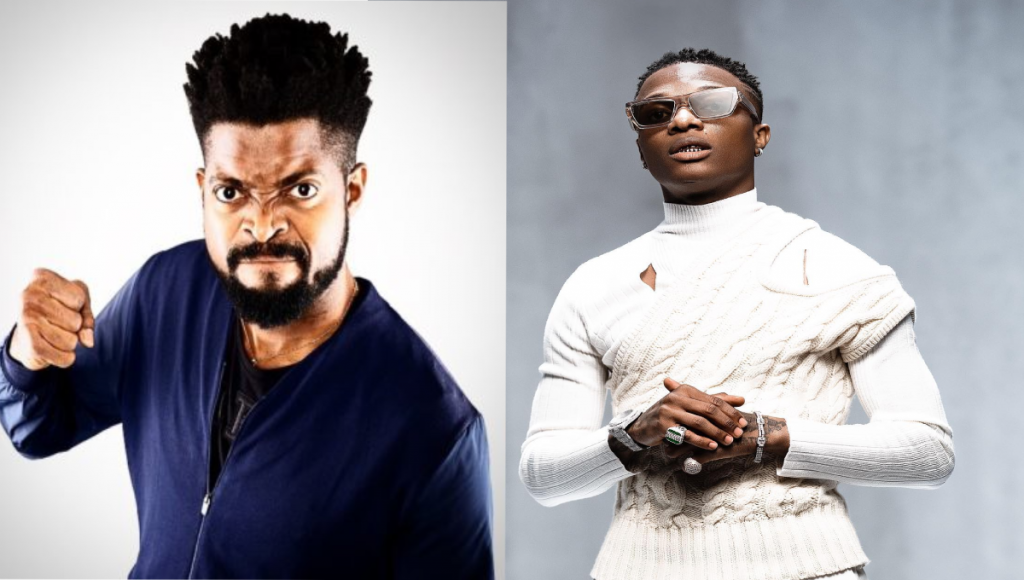 Basketmouth stated this on Twitter while reacting to a fan who shared Wizkid’s tweet in 2009 where the singer made a joke about eating fast food slowly.

Many people found it funny and a fan identified as @SugeOfTheWest stated that the funny tweet was the reason why the comedian is beefing the singer. 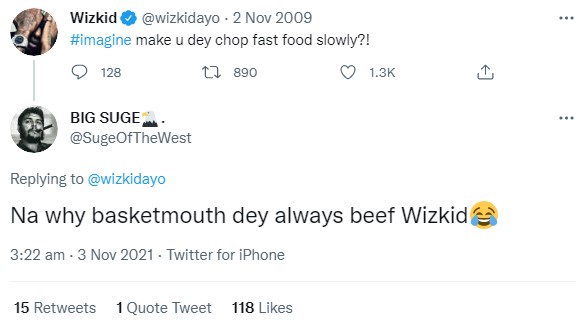 Reacting to the tweet, Basketmouth jokingly stated that his feud with Wizkid is no longer ‘beef’ as it has now turned to a full cattle ranch.

The stand-up comedian further wondered why the singer should be the only one that is always winning at everything and breaking new records. 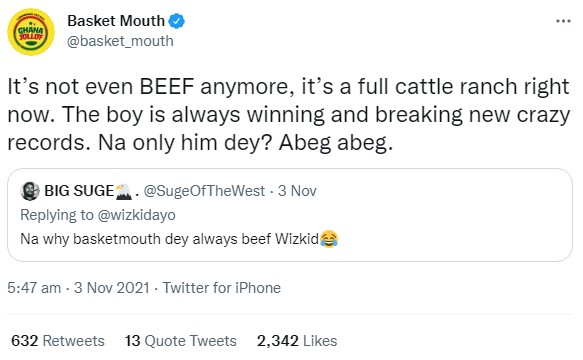 KanyiDaily recalls that a Nigerian man had narrated how Wizkid’s song from “Made in Lagos” album saved him from bandits while traveling to Kaduna State. 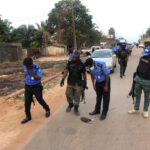