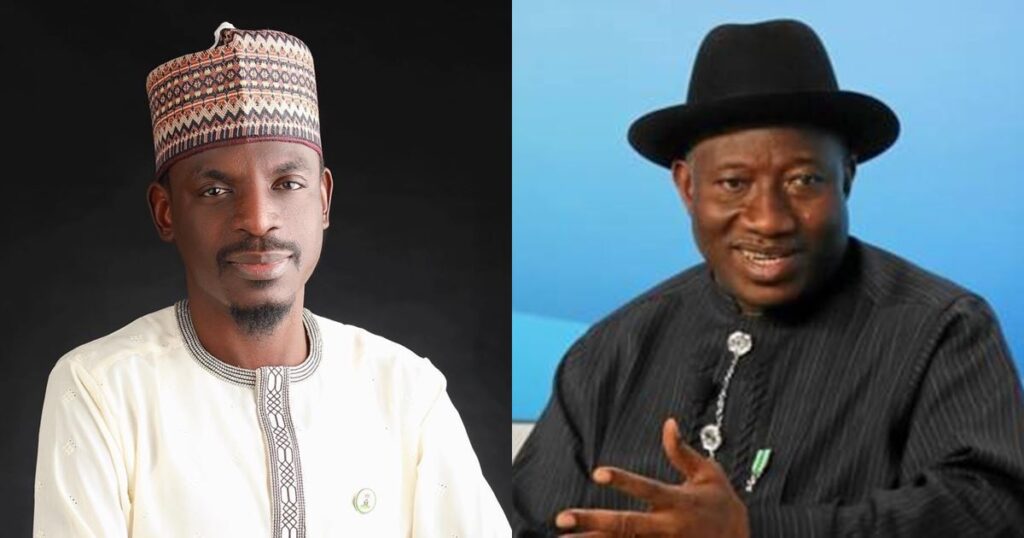 Recall that a source who claimed to be close to Jonathan disclosed that he has formally joined the ruling party and has accepted the presidential form purchased for him by a certain Fulani group.

It further disclosed that Goodluck’s resolve to contest in the APC primaries was strengthened by persuasion from some undisclosed African leaders and bigwigs.

In reaction to this, Bashir Ahmad took to his Twitter handle to recall how he was insulted when he first broke the news.

“When I shared the news of former President Jonathan joining our party, his uninformed supporters insulted me saying that can never happen even in the wildest dream. They should know that we know something they don’t know and not everything plan and execute on social media.” 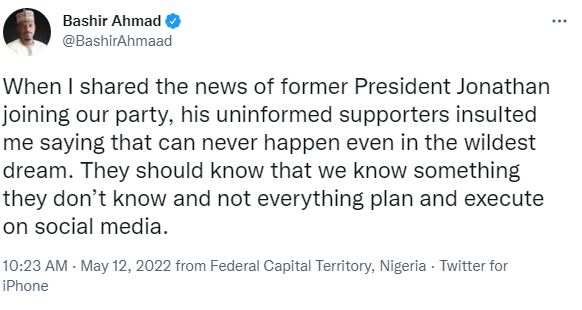 Kanyi Daily also reported that President Buhari has begged ASUU to call off its strike. 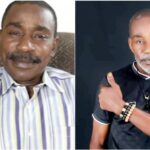 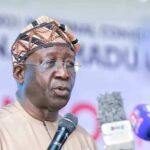