The Peoples Democratic Party (PDP) has issued a certificate of return to the former vice-president, Atiku Abubakar, after winning the party’s presidential primary election. 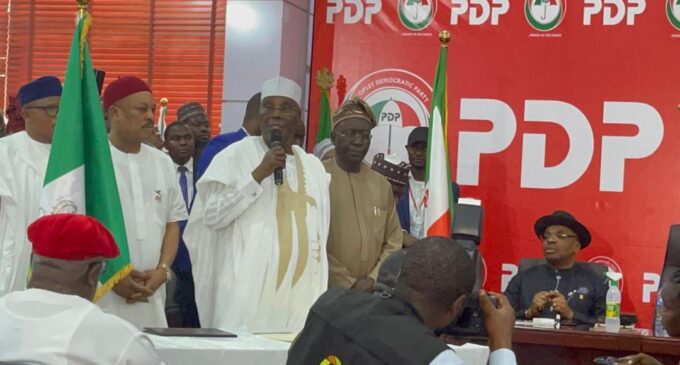 The party’s National Working Committee (NWC) presented the certificate of return to the presidential candidate on Wednesday at the party’s headquarters in Abuja.

Speaking before the certificate of return was issued to Atiku, PDP National Chairman, Iyorchia Ayu, said the former vice-president is “the man of today and tomorrow”.

Ayu, who also described Atiku as Nigeria’s next president, said there is no victor and loser in the contest, and that it is the party that won.

In his remarks, Atiku commended the party for being impartial in the conduct of the primary election, stressing that the party members must work together to win the 2023 presidency.

KanyiDaily had reported how Atiku defeated 12 other candidates including his closest rival, Governor Nyesom Wike of Rivers State, in a keenly contested presidential primary held at the Moshood Abiola Stadium in Abuja.