The vice-presidential candidate of the All Progressives Congress (APC), Kashim Shettima has called on Nigerians to see through the worn-out rhetoric and sophistry of pretentious politicians. 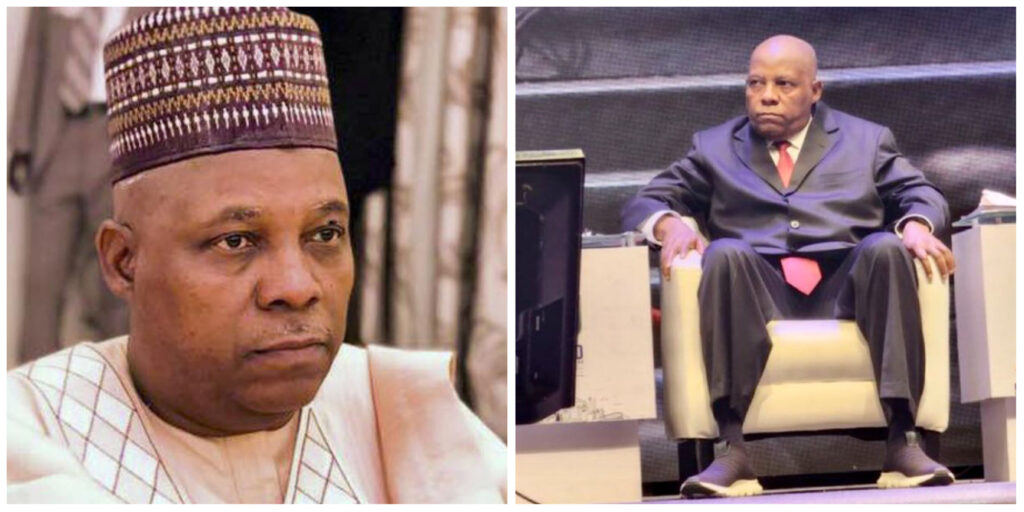 The former Borno governor, who spoke on Monday at the general conference of the Nigerian Bar Association (NBA) in Lagos, called on Nigerians to vote for the APC presidential candidate, Bola Tinubu, in the 2023 general election.

Shettima said he would use his eight-year experience tackling Boko Haram in Borno to deal with banditry and insurgency, while Tinubu will replicate the economic feats he recorded as Lagos governor at the federal level.

He further urged Nigerians to follow the man who understands and can solve Nigeria’s problem, promising that they would hit the ground running if elected into office in 2023.

Shettima said: “I want us to juxtapose two scenarios. At the end of the unfortunate Nigerian civil war, the Nigerian Armed Forces ballooned to 250,000 combat troops.

READ:  “There Is Only One ‘Buju’ And He's From Jamaica” – American Rapper, Fat Joe [Video]

“Our GDP was $455million and our total number of troops was 213,000. The percentage of our GDP that is spent on the military for security was only 0.5 per cent.”

He noted that Nigeria’s “peers across the world” such as Iraq, Israel and Turkey spend far higher percentages, arguing that the Tinubu-Shettima ticket was the best combination to tackle Nigeria’s economic, security and other challenges because of their vast experience.

The former Borno State governor said his combination with Tinubu, if elected next year, will replicate the “wonders” they performed in Borno and Lagos states.

Shettima said: “Nigerians have the capability to see through the worn-out rhetoric and sophistry of pretentious politicians.

“Nigerians should follow the man wey know the road. From day one, we will hit the ground running. We’ll promptly address the issue of the economy, ecology, and security.

“We have the antecedents. I built some of the best schools in Nigeria. Go to Borno and see wonders; you will never believe that it is a state in a state of war.

“So, we are going to replicate our achievements in Lagos, Borno and some of the frontline states so that our nation will be a better place. The fundamental issue is pure leadership.”

Shettima urged Nigerians to consider the strengths of a Tinubu presidency as exemplified by the latter’s performance as Lagos governor and his skillset. “He is a city boy, I am the golden boy,” Shettima said.

Reflecting on the poor state of the Lagos economy before 1999, he emphasised Tinubu’s successes in transforming the its finances.

“Now, Lagos is earning N51billion every month as its internally generated revenue. Lagos is the third largest economy in Africa,” he said.

Shettima said beside establishing an “excellent track record for performance”, Tinubu has also “mentored men and women who are excelling in different fields of human endeavours.”

He credited himself with excelling as a staff of Zenith Bank in Lagos and elsewhere, adding that he had also “mentored men who are excelling in different fields of human endeavour.”

On their economic plans, Shettima said an “important tool of growing the economy”, is “diversification of sources of our income”.

“This is why it is absolutely important to grow the economy,” he said while responding to a question by the first female Senior Advocate of Nigeria (SAN), Chief ‘Folake Solanke.

Urging Nigerians to disregard ethnicity and religion, Shettima added: “I urge you all to align yourselves with the aspirations of the APC candidate fundamentally because of his competence. He has an established track record of performance.

“Lagos is now a tourist destination of choice in the West African subregion. Lagos produces 75 per cent of the tax collections in this country and we are going to recreate the Lagos experience all over the country.

“I urge you, I beseech you, I call on you to use your rational sense of judgment, make an informed judgment on who you are going to vote for in the next dispensation.

“It is absolutely essential that you vote for competence, capacity, and for a leader who can lead us to the promised land. Yes, Asiwaju Bola Ahmed Tinubu is the man to beat.”

READ:  Goodluck Jonathan: I Have No Hand In PDP Crisis 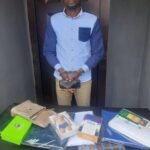