The presidential candidate of the Peoples Democratic Party (PDP), Atiku Abubakar has revealed that he will hand over federal universities to states if elected president in 2023. Atiku Reveals What He’ll Do If Elected President

The former vice-president, who spoke on Monday at the general conference of the Nigerian Bar Association (NBA) in Lagos, said one of his plans is to create an enabling environment for foreign and local investors.

According to him, his proposed reform will include healthcare and education because the government alone cannot bring about development.

Atiku said, “One of the fundamental reforms I have in my policy document is to encourage the private sector as far as the development of the country is concerned — both foreign and local. It is very essential because the federal government does not have the resources to do all the things that they want to do.

“The only way is to make sure that a conducive environment is available for the local and foreign investors to participate in the development of our country, whether it is infrastructure, education and healthcare.

“I had an argument with a university professor from Federal University, Lokoja. He said he read in my policy document that I intend to devolve, in other words, to return education to the states. How dare I do that?

“I said the children you send to America or England, who own those universities? Mostly the private sector. So, why is it that you think we cannot do it here? We don’t have the money.”

Referencing the country’s challenges and “negative developments in our history,” Atiku said what was important is how to tackle the problems.

He explained that despite its overwhelming victory in 1999, the PDP formed a national government inclusive of other political party members, adding that this boosted national unity.

“Then, the issue of the economy and security came in. Because we had a consensus, we had no problem dealing with the sad security challenges. Therefore, I believe we have had experience and it is that experience that has helped that must be brought back.

“My five points that are illuminated are all interrelated from unity to security, economy to the devolution of power,” Atiku said.

He emphasised his belief in restructuring via power devolution. “More resources, more power to the states,” he added.

On how to stabilise the economy, Atiku said the “multiple exchange rate,” must be “abolished.”

The PDP flag bearer said since the return of democracy in 1998/99, Nigeria has never found itself in such a critical point in its history.

Atiku said, “Today, we have had all the negative indices. Today, we are all disunited in the nation. We have never experienced this level of poverty.

“This is where history and experience beckon on us to make sure that we don’t get it wrong at this point otherwise if we get it wrong. I don’t know when we will ever get it right.

“I have been involved in the struggle to return this country to democracy in the time of military days.

“In fact, I can even say I was even lucky to be alive because so many of my contemporaries were killed in the struggle, but by the grace of God I have survived till this point in time.”

KanyiDaily recalls that Atiku Abubakar had also promised that the Academic Staff Union of Universities (ASUU) will never embark on strike under his administration.

READ:  Garba Shehu Claims Only 10 Students Were Abducted By Bandits In Katsina School 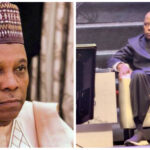 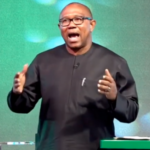