Daniel Bwala, a spokesperson for the Atiku Abubakar presidential campaign, has accused Rivers State Governor, Nyesom Wike, of playing the role of God after frustrating efforts by the party to micro-zone its presidential ticket to the South-East.

Bwala spoke on Friday during an interview with Channels TV while reacting to the crisis rocking the PDP since its presidential primary election in May, and the subsequent call by Wike and his allies for the resignation of Iyorchia Ayu as the party’s national chairman.

According to him, Wike kicked against PDP’s decision to micro-zone its presidential ticket to the South-East which led to the departure of the Labour Party (LP) presidential candidate Peter Obi from the main opposition party.

He said,  “The whole gamut of power zoning here or there started with Governor Wike. He virtually had everything he wanted. He brought this chairman (Ayu).

“When a discussion was being done in the party that power should be zoned, I recall very well, Atiku was inclined that it should be zoned to either southeast or northeast – these are the two geo-political zones that have not benefited.

“He (Wike) influenced the emergence of leaders that sat in committees – whether committees for party positions or elective office. At his behest, a recommendation was made that it should be thrown open evidently because he is not from the southeast.

“That led to the departure of Peter Obi. If the zoning thing was followed, Peter Obi or probably the former SGF (Ayim Pius) would have emerged as the presidential candidate of the party.”

Bwala, however, believes that despite the wranglings in the PDP, his principal’s quest to “unify” Nigeria won’t change if elected as president.

The spokesman said Wike usually describes those who refuse to agree with him as “betrayers”, noting that “the last politician I can look at and say he is discriminatory is Atiku Abubakar.”

He said, “In the past, he mentioned people like the entire governors of the south-south, when he said his own brothers betrayed him. Before then, he had also said governors in the south-east betrayed him at some point.

“He had in the past said David Umahi and Ben Ayade who left the party for APC betrayed him. It appears to me that everybody around him has betrayed him as long as he does not have his way.

“If I take you back memory lane, you will agree with me that all the past chairmen, at least three or four, he brought them and there were times when he had a problem with them, he insisted that they had to go. So, why is it that everybody is betraying you in life?

“Political party is a party for everyone. Let me tell you something about life, because he is a Christian. I will probably have the luxury of quoting the scripture, otherwise, I will consider the sensitivity.

“You know the scripture says God gives power to whosoever he will. It is good to be rich and to be helpful, but the one thing that God doesn’t share is when you begin to take His place.

“How do you take the place of God? When nothing moves except you are in it, except you direct it? I will give you an example. He talks about equity, fairness and justice that has become the cliche and the hallmark of his campaign.

“In his state, the chairman of the party and the governorship candidate are from the same senatorial district. In his state, the very individual that decided to pick a form to run for senate when he had not given the approval, what happened to the person? He was held in custody.

“At every material time that the party took decisions, at least in the last few times that we know, they were decisions that were taken in the belief that Wike should have his way. That is why I said it is not good to play God.”

Bwala added that the PDP will survive if Wike leaves the party.

“From the look of things, it is just Wike. The flagbearer has never said anything and has said nobody should insult him. Ayu and Atiku are founding members of the party. Even though they left, they still had to come back.

Meanwhile, Atiku Abubakar has expressed confidence the leadership crisis rocking the PDP will soon be resolved 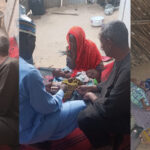 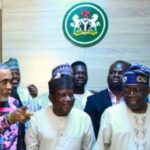