The General Overseer of the Omega Fire Ministries International, Apostle Johnson Suleman has accused the police of killing a prime suspect who was arrested over the recent attack on his convoy that got seven people murdered in Edo State. 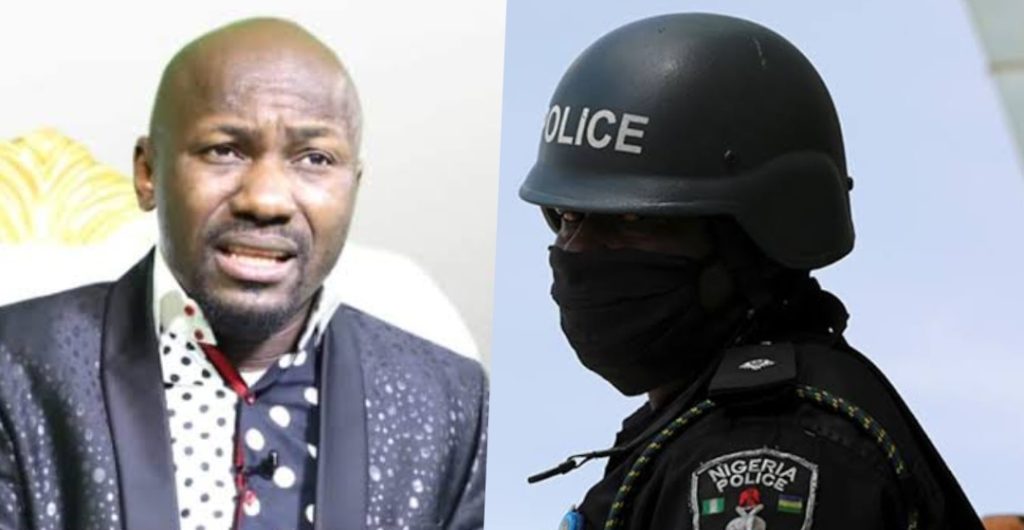 KanyiDaily had reported that Apostle Suleman was attacked on Friday by gunmen who killed seven people including policemen in his convoy.

Edo police spokesman, Chidi Nwabuzor, who confirmed the attack, said one of the suspected kidnappers who attacked the cleric’s convoy was gunned down during a gun battle with the police along Auchi expressway.

“The attack is confirmed. Three policemen were murdered; two of his (Suleman’s) drivers were killed; one domestic female worker was killed and they are still searching for another female domestic worker.

“As we speak, Apostle Johnson Suleman is safe. One of the hoodlums was gunned down and one of the vehicles was recovered,” Nwabuzor said on Friday.

The policeman added, “One of the kidnappers that was caught today (Friday) while the DPO, CSP Ayodele Sulaiman, led the operation along Iyewe-Auchi Road, and after a gun battle, this one (suspect) was gunned down while others escaped with bullet wounds. Bush combing is ongoing.”

Apostle Suleman Alleges Of Cover-Up Of Attack By Police

Reacting on his Twitter page, Apostle Suleman slammed the police for killing the suspect who was handed over to them alive, alleging that it was an attempt to cover up traces that could lead to those behind the attack.

“Lies…there weren’t kidnappers… He was caught and handed over and the police killed him immediately. Why? Why killing him on the spot? Who is trying to cover up traces?,” the cleric tweeted.

Lies…there weren’t kidnappers…
He was caught and handed over and the police killed him immediately…why?..why killing him on the spot?.who is trying to cover up traces?.. pic.twitter.com/vjgCo0zcyQ

READ:  Bandits Kills Emir Of Kontagora's Son During An Attack On His Farm In Niger State

Also reacting, Apostle Suleman’s lawyer, Samuel Amune demanded a thorough investigation into the case, stressing that the suspect was alive when the youths and the vigilante caught him and handed him over to the police.

He said, “As I speak with you now, I am with Apostle Suleman, and I am examining the vehicle in his compound. One of the boys was caught yesterday by vigilantes and he was handed over alive to the Auchi Police Division.

“It was the youths in conjunction with the vigilante that arrested the boy and handed him over alive to the police. So, the only conspiracy theory that one can easily think of now is that was he (the policeman) acting under a superior order to have done what he has done?

“Was there any gang up or trace that they are trying to cover up? These are some of the theories God will help us unravel as time progresses. The police have not given us any official reason for shooting him dead.”

In a follow-up reaction, Nwabuzor described the insinuation that the suspect was handed over to the police alive and he was shot dead by a policeman as an attempt to malign the efforts of the policemen during the attack.

He said, “That insinuation is just an attempt to malign the DPO in charge of Auchi. That is an attempt to dent all the work that they have done. During the attack, nobody knew anybody, and the police were there to prevent any form of attack on anybody.

“The police have a job to protect life and property; it is their constitutional duty. The action of the police was impromptu, the action was going on when the police attended to the distress call and right there at the scene of the crime, everything took place.

“I never heard of any information that the suspect was handed over to the police. Let them (those who apprehended the suspect) come out and make clarification for that. That is not true, it is just hearsay; if anyone has a contrary opinion on that, let them come out and tell the world.”

The attack comes a few weeks after Nollywood actress, Halima Abubakar asked Nigerians to hold Apostle Johnson Suleman responsible if anything happens to her.

READ:  It Makes No Sense For Oil To Be Cheaper In Nigeria Than Saudi Arabia — President Buhari 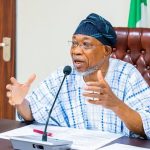 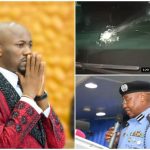