The crisis rocking the Peoples Democratic Party (PDP) may not be over anytime soon as some leaders of the party in Oyo State have tackled Governor Seyi Makinde of the state over his supposed declaration not to support the presidential candidate of the party, Atiku Abubakar. 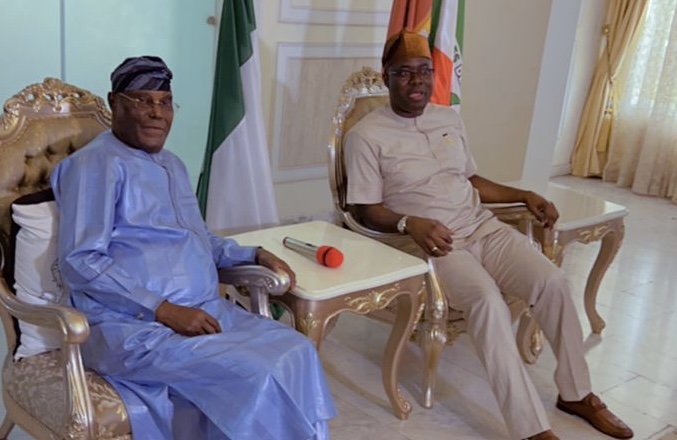 The PDP leaders spoke on Wednesday in Ibadan at the emergency meeting of the leaders of the party from the 33 local government areas of the state.

They declared their support for Atiku, who Makinde and four other PDP governors are working against.

Reports say Makinde had on Saturday during a live radio programme said he and other aggrieved PDP governors would not work for the presidential candidate of the party for some reasons.

READ:  Atiku Reacts To APC’s Claim At Election Tribunal That He’s Not Nigerian

The five governors have not hidden their position and they had vowed not to work for Atiku except for the National Chairman of the PDP, Iyorchia Ayu steps down from office for a southerner to occupy the office.

He said PDP leaders would work and deliver the state for the presidential candidate of the party, Atiku Abubakar in 2023.

Oyelese said, “A good politician will not speak like that. It doesn’t mean anything if Makinde says he will not work for Atiku. He is on his own! It is an empty threat! If he said we should not vote for Atiku, who are we voting for? We are too sophisticated for that in Oyo state. Makinde is a newcomer in Oyo State politics but we shall continue to work for our party.

“However, we are working for Atiku in a special way. My advice for any politician who wants to win in Oyo State is to come to the mainstream. Mainstream is the leadership of the party in the state.

“What is the position of Yoruba on this matter that Makinde is talking about? We don’t have a position. Pa Fasoranti is saying something and Baba Adebanjo is saying another thing. We are not having a position in Yorubaland. Our members remain steadfast and committed. This is our party and we cannot allow it to break down.”

Another PDP leader, Femi Babalola said the governor is also guilty of the points he raised against the presidential candidate of the PDP.

“He that comes to equity must come with clean hands. As an Engineer,  I analyse issues. The first question I asked myself was is it good for a northerner to take over from a northerner?

“Another question is, is it good for an Ibadan man to take over from an Ibadan man that spent eight years? So, for Makinde that benefited from such, why is he now antagonising another person? He didn’t see anything that is wrong in that but when it is Atiku, it is wrong,” he added.

But Makinde responding through his Chief Press Secretary, Taiwo Adisa, said he and other aggrieved governors had never said they would campaign for any other presidential candidate.

He said, “Governor Makinde and his colleagues including Governors Nyesom Wike, Ifeanyi Ugwuanyi, Samuel  Ortom, and Okezie Ikpeazu have consistently said they will concentrate their campaigns on the PDP candidates in their states if the PDP system will not do the needful on the issue concerning the national Chairman.

“They have not said they will campaign for any other candidate at the Presidential level.”

Meanwhile, Kanyi Daily reported that the Iyorchia Ayu had declared that nobody can remove him as PDP national chairman except God.

READ:  Bola Tinubu: How I Will Make South-East Taiwan Of Africa 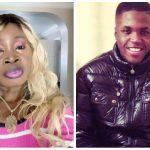 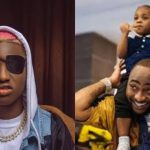