A landlord identified as Osita Osinachi is seeking help to locate the family members of his female tenant, Blessing Effiong, who died in his apartments. 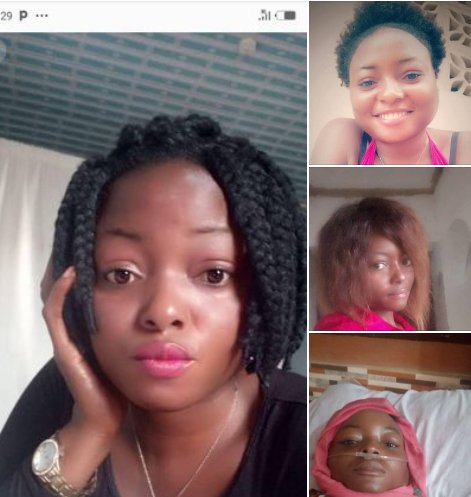 Lady Dies In Her Apartment

In a post shared on his Facebook page, the man said the Akwa Ibom lady moved in with her Benin boyfriend in November and sadly died some days ago in the apartment after a brief illness.

After her death, the landlord said he couldn’t contact her boyfriend so he went to the police station and was able to settle his way out. He is now seeking public help to locate her family members.

Osinachi wrote, ”Two days ago, Wed Dec 21,2022 d Police got me arrested becos of an Akwa ibom Lady dat slept off & died in one of my Rooms I gave to her as Rent Bayii…

“Last month November, dis Akwa ibom Lady named Blessing Effiong came to me dat someone gave her my Contact dat she heard dat I do give out Furnished apartments with bed Bayii..

“I told her yes, & let her know d Prices of each Room, which she agreed to settle on Room & Parlour with her Benin Boyfriend Bayii..

“After she has made Payment, I asked if she’s Working or doing Hookup or Ashawo..,She told me dat she’s Working in a tiger nut drink Company, then I gave her d Keys to d Apartment Bayii..

“Fast-forward to Last week Friday, She fell ill, and no one noticed me about it, so there’s no way I could know about it. But by Monday dis Week, I went to her Apartment to check on her so I can use d opportunity to let her know dat her Rent will be Expiring in a Week time Bayii..

“But when I got there, She’s Covering herself, & told me dat she has been sick in d Past 3 days.., I saw her Sister in d Room, then I asked about her Benin Boyfriend, she told me dat her BF has travelled to d Northern Part of Ghana Bayii..

READ:  2 Sisters Sentenced To Jail For Raping A Man

“Then I asked if she’s has gotten some medicine bfor I Wished her a Fast Recovery, & then Left Bayii..

“Next day Tuesday, unknown number called, dat they’ve admitted Blessing Effiong in d Hospital, dat they need my Presence for a Money deposit, I told Dem to carry on, dat money is not a Problem as I will be there Shortly Bayii..

“After Some Minutes, I arrived at d Hospital,& went straight to see d Doctor concerning her health,which d doctor told me dat they’ve been doing their medical best in treatment Bayii..

“I asked after d Bills, & Paid for Everything, then I left for my Business, not knowing dat they later discharged her dat same evening Bayii..

“By 7;30pm dat same evening, I got a Call, dat she’s back home,I quickly rushed to see her, when I arrived at her apartment, & asked her about her family members, dat if she can Provide me with their Contact, but she told me dat her Phone is Off, becos it’s not Charged Bayii..

“She Promised dat she will give me her family Contact d next Morning, dat she’s feeling Sleepy Bayii..

“Well, I went to Police Station to Explain everything to dem bfor I settled dem with Money, so it’s can be easy for them to Excort Me & d [email protected] to a Police Morgue since I don’t know her Family Bayii..

“Uptil now I can’t find her on Facebook & I haven’t heard from her Boyfriend or her Family members Bayii..

“Please ñdi Akwa ibom should help me out BikoLandlord seeks help in locating family members of his female tenant who died in his apartmentto Locate her family, as I’ve done over 300k Expenses in d Past 4days Bayii..

“Her Name ; BLESSING EFFIONG. I know it’s didn’t Concern some of u… But it’s Pains me Pass u…So have Pity on me Bayii.. Udo!!”

READ:  Tea Seller Arrested For Killing His Customer Over N10 In Ogun 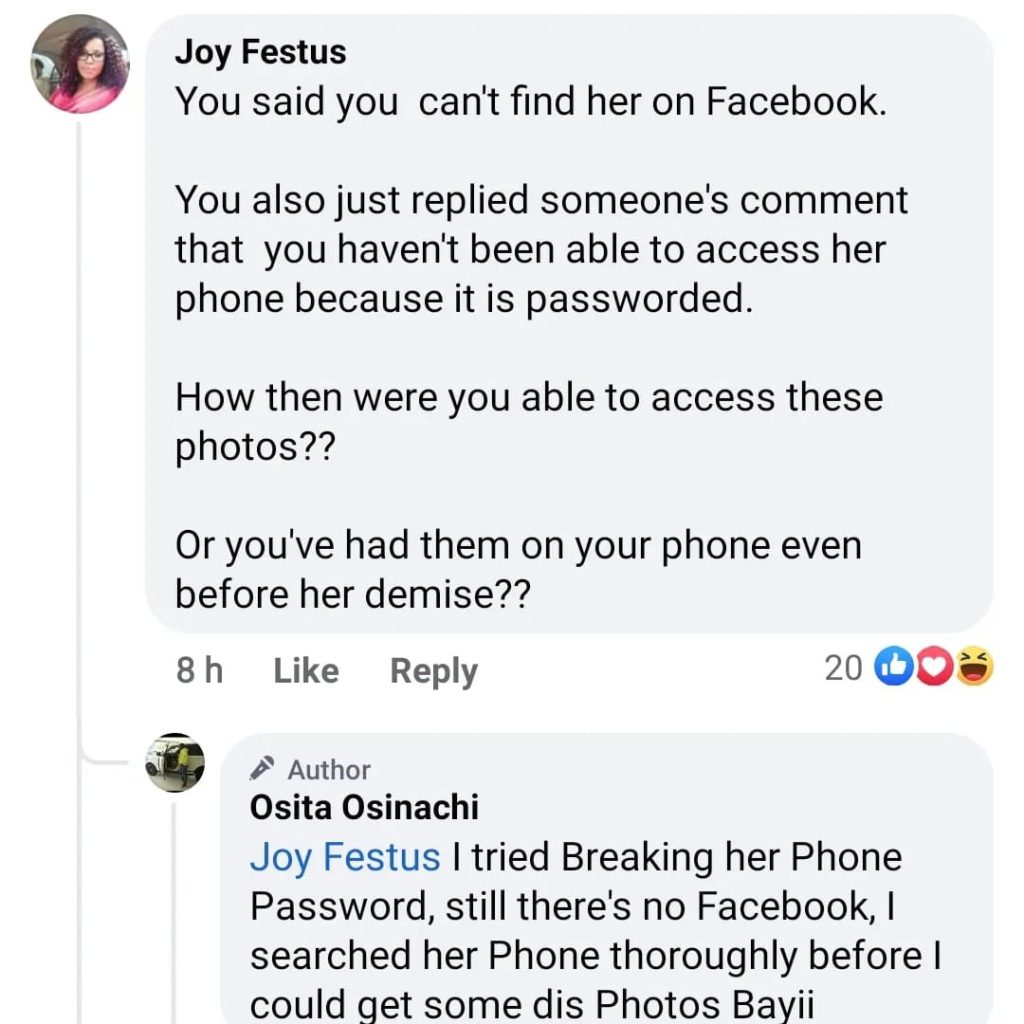 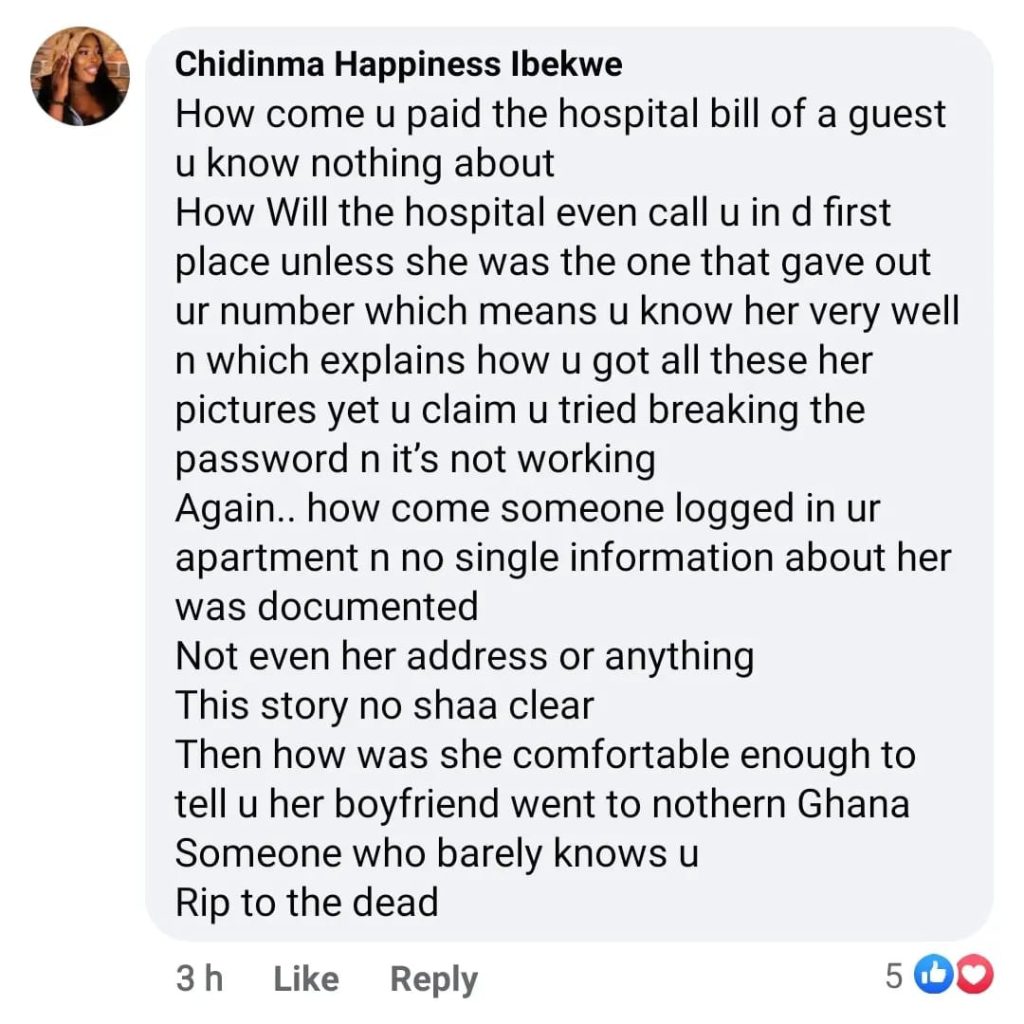 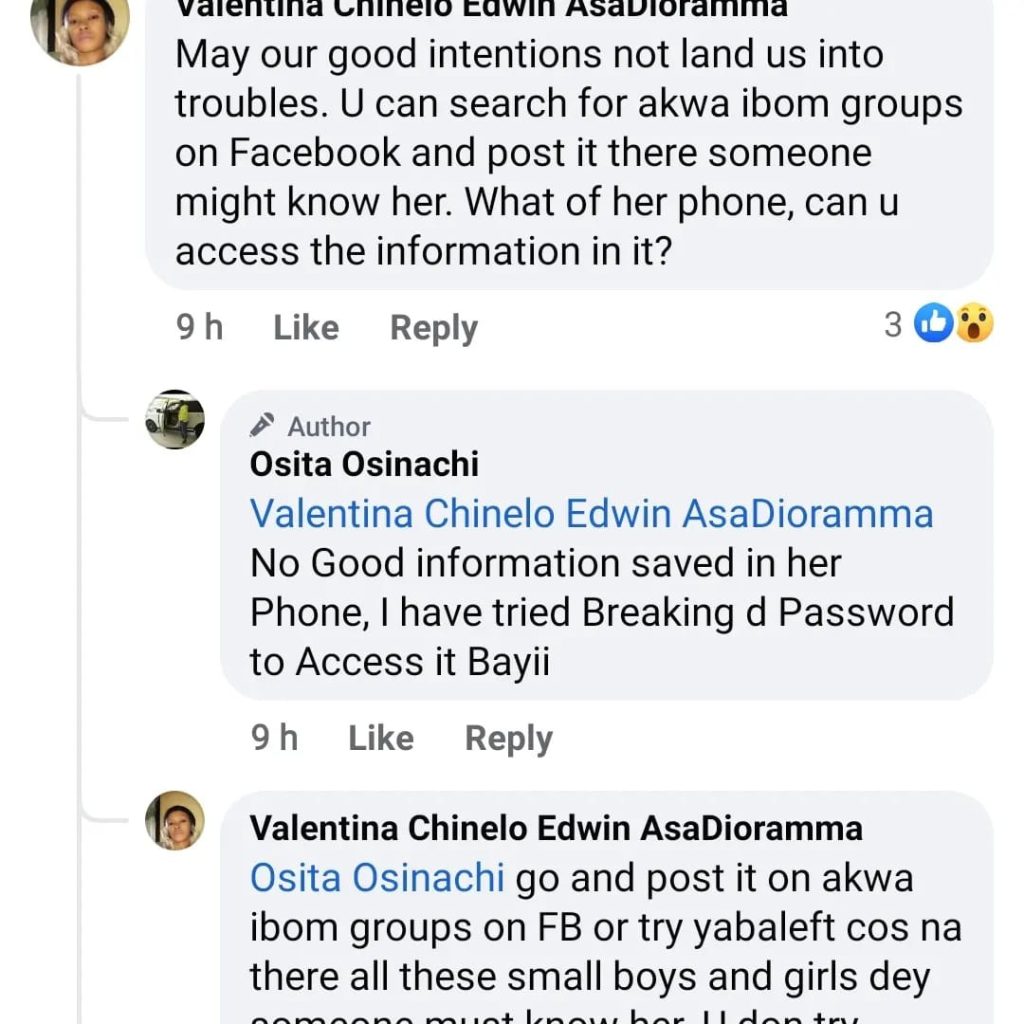 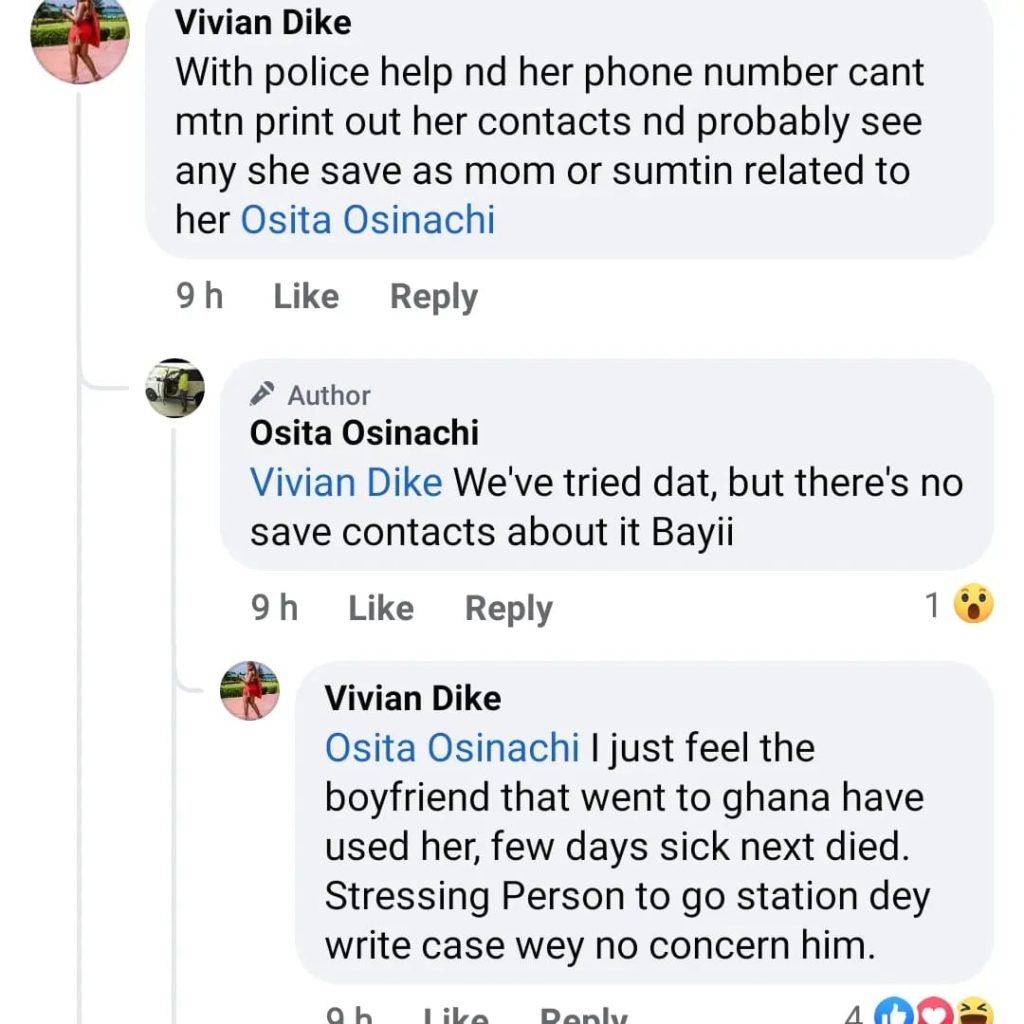 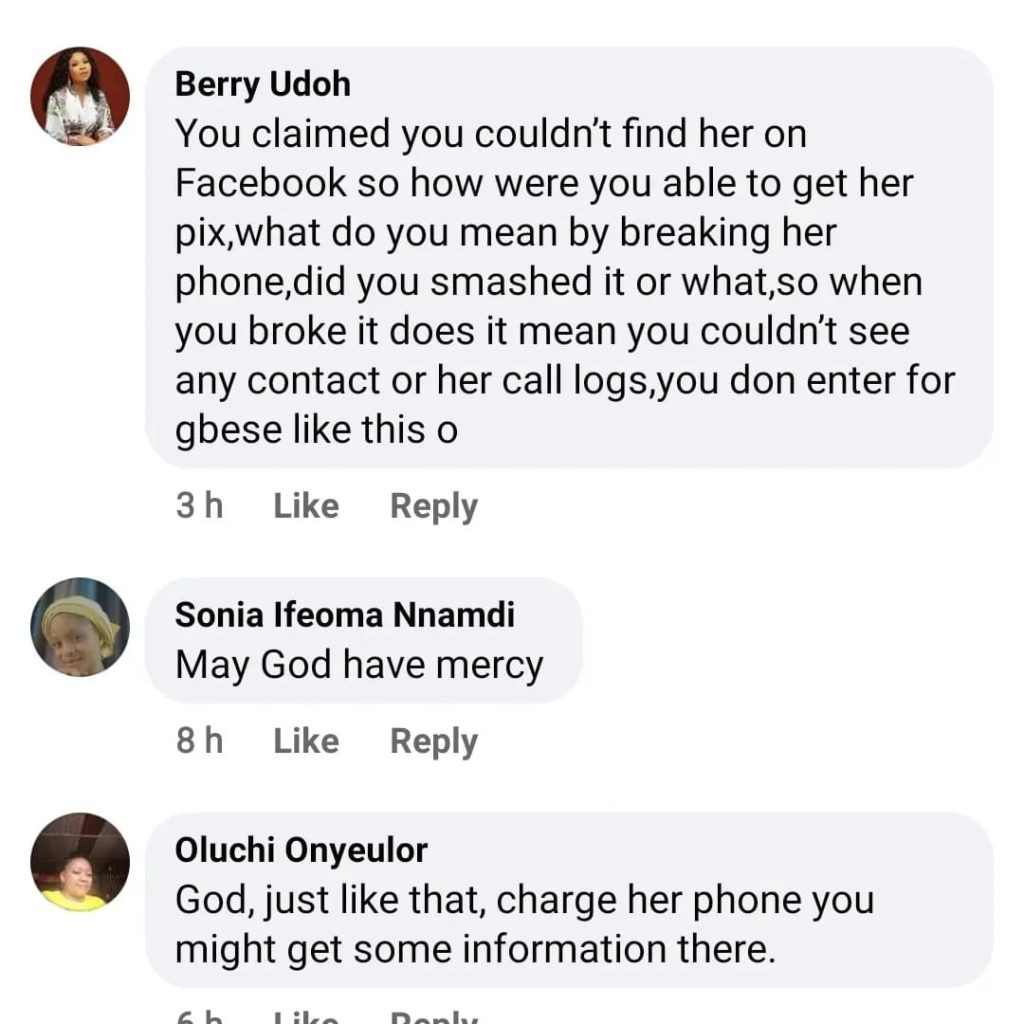 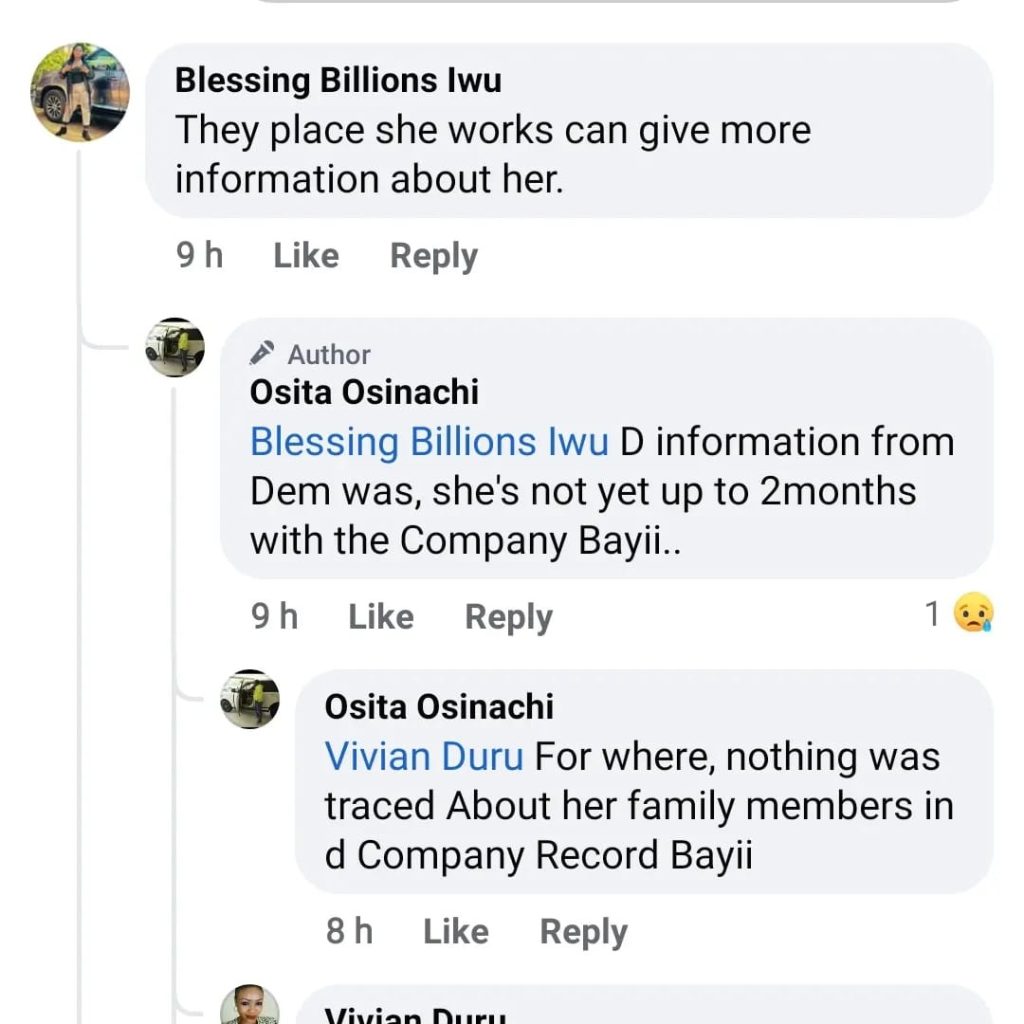 KanyiDaily had also reported how a 32-year-old lady, Ruth Yakadi Bako was laid to rest after she was allegedly raped and murdered in Jos, Plateau State.